Update (1900ET): The bipartisan group has agreed to pitch a $1.2 trillion eight-year infrastructure spending package to the Biden administration, according to Bloomberg, citing an anonymous source familiar with the deliberations.

The proposal is notably backed by Sen. Joe Manchin (D-WV), and calls for $579 billion in net new spending “beyond outlays that Congress was already expected to enact.”

After talks between President Joe Biden and Sen. Shelly Moore Capito (R-WV) broke down earlier this week, a bipartisan group of 10 senators led by Mitt Romney (R-UT) say they’ve reached a tentative deal on the the size of an infrastructure deal, as well as how they’d pay for it. 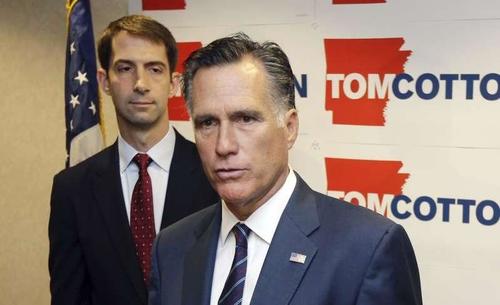 The deal would spend a fraction of the $4.1 trillion called for by President Biden, and would not require an increase in taxes, according to The Hill, which suggests it may be a “tough sell within the broader Senate Democratic caucus.”

That said, members of the bipartisan group warned on Thursday that they still need to run it past the Senate GOP conference and the White House to see if there’s a broader buy-in.

“We have a tentative agreement on the pay-fors, yes, but that’s among the five Democrats and the five Republicans. It has not been taken to our respective caucuses or the White House so we’re in the middle of the process. We’re not at the end of the process, not at the beginning but we’re in the middle,” said Romney, who added that an overall top-line spending number has also been tentatively agreed upon.

“I believe it’s complete but others may have a different point of view.”

Republican Sen. Susan Collins of Maine confirmed that a tentative deal exists, and called it a “significant” sign of progress.

Other members of the bipartisan group weren’t quite willing to say they’ve agreed to the overall spending number until they’ve had a chance to bounce it off more of their colleagues.

“We’re continuing to get input from people. Nothing’s final,” said a senator involved in the talks.

Sen. Shelley Moore Capito (R-W.Va.) said she knew members of the bipartisan group were very close to a deal on the broad outlines of a scaled-down infrastructure spending package and predicted it would be similar to what she offered to Biden in recent weeks.

“They were pretty close, I think, the last time I talked to them,” she said.

“I haven’t seen the details of their report but I think a lot of what they have is a lot of what I had in terms of definitionally what infrastructure is,” she added. -The Hill

According to GOP Negotiator Sen. Bill Cassidy (R-LA), a key difference between last month’s package outlined by Senate Republicans and the bipartisan deal is energy provisions sought by Biden.

“This will go back through committees, it will go through Finance [Committee] for the pay-fors, we still have to interact with the president but as far as the group’s concerned, we have a final offer,” said Cassidy on Thursday, adding that the next step is to sell the deal to the White House and each party’s caucuses.

“We’d have to, again, have our colleagues, whichever party you’re in, buy into it,” he said, adding that the group needs to “make sure the White House is OK with it.”

According to Cassidy, the Senate group’s top-line figure is similar to the $1.25 trillion infrastructure spending package unveiled earlier in the week by the bipartisan House Problem Solvers Caucus, which would provide $762 billion in new spending over eight years.

“The Problem Solvers passed something which [is] pretty similar to ours in terms of top line and with the same categories and roughly the same everything else,” he said. “It’s all positive.”