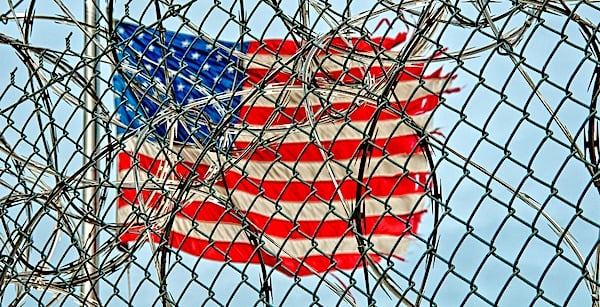 The radicalized Democratic Party is not trying to “build back America better” but rather bring it down. Our American way of life hangs in the balance, and “watchmen on the wall” are waving a red flag for us to wake up before it’s too late.

Under the deceptive title of “progressive,” malevolent forces have invaded us to undermine our constitutional republic. America, founded on a covenant for the “glory of God and advancement of the Christian faith,” is His inheritance, not that of socialists, Marxists and globalists.

Communist leader Vladimir Lenin drilled into his foot soldiers the idea that if you can separate a people from their history, they are easily persuaded. Applying this to the history of the Democratic Party, how many Americans know that this is the party primarily responsible for slavery, segregation, slaughter of the unborn, same-sex marriage and now socialism?

TRENDING: Why questioning elections in America is free speech

Biden slipped into office as an accidental president (like Carter) and is a pawn of the left, which gained control of the party. As he signs executive orders and delivers prepared remarks from propagandists, he’s either ignorant or in denial. Joe is inept, incapacitated and incapable of being the leader of the free world.

Perceptive people recognize this is not the traditional Democratic Party of Truman and Kennedy. JFK told us in his inaugural address “the rights of man come not from the generosity of the State but from the hand of God.” With few exceptions, all U.S. presidents identified with Christianity and our Judeo-Christian foundations.

“Joe Cool” dons his designer sunglasses shielding him from reality as he tells us the economy is strong; there’s no recession, collapsing airline industry, plummeting test scores or crisis at the border. Inflation is temporary and our withdrawal from Afghanistan was a success. The reason gas prices, violent crime and the fentanyl epidemic exist is Trump, Putin, COVID and those “semi-fascist … extremist … white supremacist” conservative Republicans who are a “threat to our democracy and undermine our Constitution, saying they want to make America great again.”

The enemies of America despise our heritage and the historical values that made us great and the envy of the world. They are determined to tear it down, make no mistake about it.

Living in Babylon
We live in a deeply serious time, unfortunately with deeply unserious and distracted people. America is in peril; we are on the precipice of losing our American way of life.

Lenin observed, “Decades are happening in days.” That’s our nation today. It is rapidly declining, and while we used to live in Jerusalem, now it’s Babylon!

We must wake up or we will lose our nation.

“Freedom is never more than one generation away from extinction,” Ronald Reagan warned. “We didn’t pass it on to our children in the bloodstream. It must be fought for, protected and handed on for them to do the same, or one day we will spend our sunset years telling our children and our children’s children what it was once like in the United States when men were free.”

Democrats’ diabolical 10-point plan
1. The leftist “woke” mentality and morality must continue calling “good evil and evil good” (Isaiah 5:20); defy God, making it illegal to pray, read the Bible, post the Ten Commandments or even mention God in public schools while cheerleading the sinister LGBTQ agenda, Critical Race Theory propaganda and pornography. First lady Jill Biden said days ago that “all books should be allowed in school libraries and none should be banned.”

2. Redefine marriage to include any and all arrangements. In 2008, candidate Barack Obama said, “Marriage is a union of a man and a woman that is sacred under God, and as a Christian I do not support same-sex marriage.” Once elected, he aggressively endorsed and promoted homosexual “marriage.” His pledge for the “fundamental transformation of America” was launched, and the floodgates were thrown open for the LGBTQ agenda to dominate culture and accelerate America’s moral decline.

3. Support exterminating babies in the womb. Biden cleverly portrayed himself as a moderate politician and devout Catholic (along with Pelosi) yet leads the charge as a promoter of aborting unborn babies up until the very moment of birth, paid for by taxpayers. Millions die as Dems declare it “women’s health care.”

4. “Progressives” must not relent in promoting total disregard for the rule of law, with an open border that has already allowed 3.4 million illegals aliens since Biden took office  simply to walk into America without respect for our immigration laws. Then they’re provided free medical care, money, cell phones, residences, transportation and entitlements at taxpayer expense. This inexcusable invasion is costing us hundreds of millions of tax dollars. It’s the greatest threat to our national security and daily brings an avalanche of massive quantities of fentanyl (killing annually over 100,000 primarily young people. Studies reveal that drug dealers kill, on average, 500 people during their lifetime). Also allowed is free reign for drug cartels, sex traffickers, Islamic terrorists and fighting-age men among the foreigners from over 130 nations

When Texas and Florida transported a small quantity to “sanctuary cities,” Democratic leaders were outraged, called for the National Guard, declared an “emergency,” demanded federal funding and shipped out the migrants within a day.

5. Continue pushing ongoing, reckless spending to increase our national debt while Biden declares this as the “solution” to our recession, escalating gas and food prices, plummeting stocks and 401(k)s. Loan “forgiveness” costing taxpayers billions while raising taxes deceptively crushes working class Americans and moves us closer to an apocalyptic financial collapse (which is integral to ushering in a socialist system of total government control).

To be continued next week with Part 2