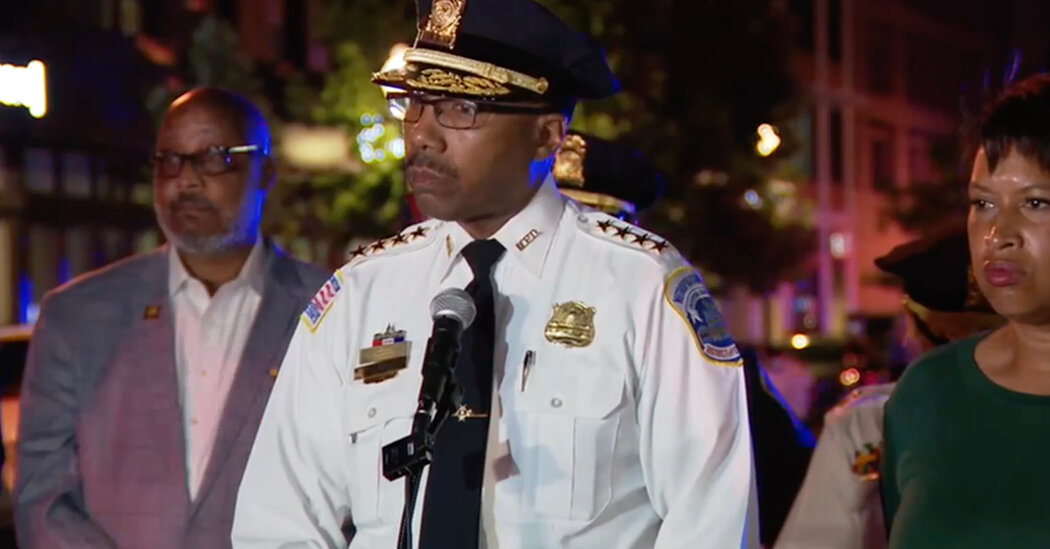 A 15-year-old boy was killed and three adults, including a police officer, were shot when gunfire erupted Sunday night at an unauthorized music event in a Washington, D.C., neighborhood known for its nightlife, the authorities said.

The Metropolitan Police Department had shut down the event, known as Moechella, a free street festival near the city’s culturally storied corner of 14th and U Streets Northwest, after violence earlier in the evening, including a fight between attendees, the police said.

Chief Contee said that the officer who was shot was expected to recover and that the two other adults were in stable condition. He did not say whether a suspect or suspects were in custody. The circumstances of the shooting remained unclear late Sunday, but he said that police officers did not fire their weapons.

Chief Contee said he wanted to ensure that people would be held accountable for holding events without a permit.

“This is one of the reasons we don’t want unpermitted events taking place in our city,” he said. “Unfortunately, things like this can happen when you have the wrong mix of people, or people who introduce firearms into a situation.”

The chief expressed frustration at the number of illegal firearms in the area, noting that police officers had discovered several such weapons earlier in the evening.

The shooting occurred at a festival The Washington City Paper described as “a free, go-go band-led event full of Black cultural spirit and anti-gentrification passion.” The newspaper said the event’s name blends slang for friend, “moe,” with the name of the music festival Coachella.

An event organizer, Justin Johnson, who is also a rapper and an activist known as Yaddiya, could not immediately be reached for comment.

“We’re doing something for the people that’s inclusive,” he told the City Paper. “I don’t really feel like it’s a Juneteenth event if you’re charging a lot for it.”

The shooting unfolded in the aftermath of a series of high-profile gun killings, including two massacres in May: one at an elementary school in Uvalde, Texas, that left 19 children and two teachers dead; and a racist attack at a Buffalo supermarket in which a white gunman killed 10 Black people.

Earlier this month, a brawl turned a packed Philadelphia street into a scene of terror after two men pulled out guns and began firing wildly at each other. By the time the gunfire ended, three people were dead and 12 more were injured.