2Y Yields are up for the 6th straight day with the biggest daily surge in yields since Feb 2020. At the same, the long-end of the curve is seeing demand (as yields drop)… 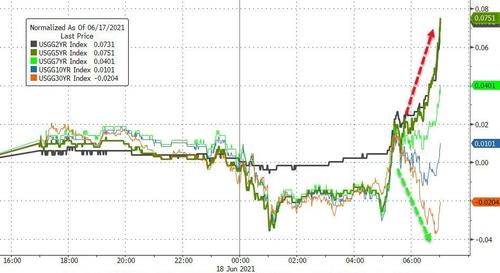 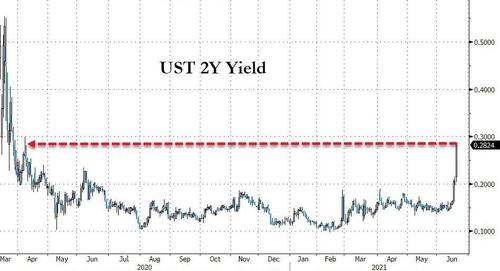 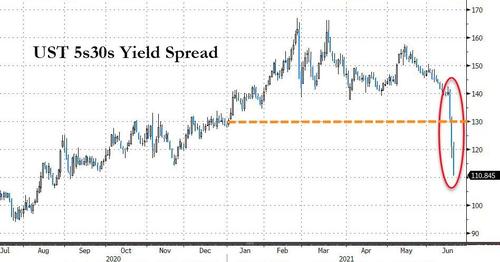 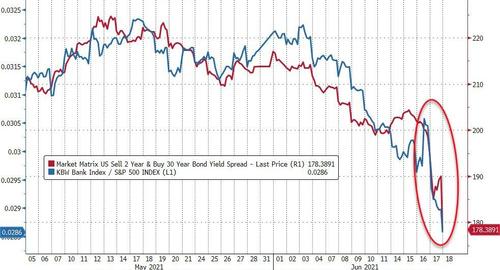 As Mike Shedlock notes, The Fed has penciled in two rate hikes for 2023, but by the time they get around to hiking, they will instead be cutting.

Meanwhile, the way these dunderheads think, there will soon be some discussion about the need to hike just so they have “room to cut”.

I rather doubt we get there.

There is one slight problem. At 0% the Fed has no room to cut.

Bullard broke it… we’re gonna need a bigger Fed speaker to walk this back!