Few, if any, industries are going to love the higher taxes they will soon face in the US and abroad thanks to President Biden and his American Jobs Plan. But big tech has good reason to be particularly unnerved by Treasury Secretary Janet Yellen’s calls for a global minimum corporate tax rate.

Though it didn’t name its source, Bloomberg reported Tuesday that the EU plans to insist that its long-awaited digital tax on the US tech giants – which Washington (under Trump) had protested – be part of the same package as the global minimum corporate tax in order to secure a deal. 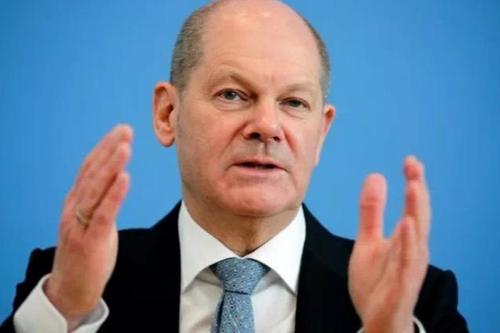 A bevy of European officials have praised Yellen’s call for nations to work together to set a new tax floor, a call that was made during a speech to the Chicago Council on Global Affairs yesterday.

Paolo Gentiloni, the European Commission’s point man on the economy, responded to Yellen’s plea for G-20 economies to agree on the minimum tax to prevent a “race to the bottom” with praise, saying there could be a breakthrough agreement by the summer.

He wasn’t the only European official to endorse the idea. German Finance Minister Olaf Scholz also welcomed the idea, calling the minimum corporate tax “a great step forward” in the battle to stem the erosion of government revenues. “The support of the USA gives this initiative a strong tailwind,” Scholz told reporters, adding that he hoped a deal could be achieved this year, according to AFP.

“It’s very good news,” Gentiloni said in an interview with Bloomberg Television’s Francine Lacqua where he welcomed “this new multilateral atmosphere with the new US administration and the strong possibility of cooperation in the global arena. One of the main results could be finding agreements in global taxation.”

Finance ministers of the G-20 group of large economies are expected to discuss the proposal during a virtual meeting on Wednesday, where Italy will preside as the current occupant of the G-20’s rotating presidency.

A Treasury official told reporters the G-20 goal is to have a proposal on the global minimum tax by July, and President Joe Biden’s administration could if needed change its legislation to bring the US minimum tax into line with the international plan. A G-20 agreement would, in turn, increase the odds that members of the broader OECD agree to the minimum.

European Commission spokesman Daniel Ferrie said the bloc called “on all global partners to remain engaged in these discussions and to continue work without delay.”

But if we have learned anything from the past few years, it’s that just because Brussels endorses a plan, doesn’t mean all of the 27 remaining EU member states will go along with it. And as member states prepare to tap the massive EU COVID rescue fund, some might chafe at Brussels’ removing one pathway toward stoking growth and job creation.

Of course, the EU isn’t the only transnational organization exclaiming the virtues of higher taxes. The IMF has been pushing predistributive and redistributive policies even before the pandemic, though it has since doubled down, as Mike Shedlock explains. 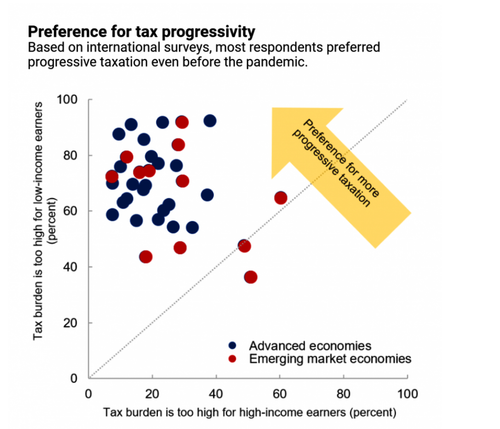 in the meantime, analysts will need to factor in greater odds of a new global tax regime that could arrive before the end of the year.