A Veteran Explains Why People Aren’t Joining The Military

Authored by John Vaughn via The Libertarian Institute,

A recent report from NBC news has generated a lot of discussion about the relationship between the military and American society. Especially from right-leaning commentators, much of the blame is placed on the current administration and the apparent increase of “woke” cultural initiatives and vaccine mandates. Prominent right wing personality and veteran BowTiedRanger lists three reasons:

1. People don’t want to die for the regime’s neoliberal agenda

3. 💉 mandates exposed how little the regime actually cares about its servicemembers

Popular gun Youtuber Iraqveteran8888 points out that people (presumably he means the rightwing where most military recruits originate) have lost faith in our institutions, largely due to the implementation of what he describes as “woke” policies:

Military recruitment being down tells you that not only is the woke culture a losing battle, but people have absolutely zero trust in our institutions and the administrative state. They have zero faith in our leaders. They don’t want to fight and potentially die for the woke.

I think that both of these points are largely correct, but I don’t think that politics alone could possibly explain in full the complex and highly personal decision that joining the military is. While social media has certainly affected the way young people interact with each other, I suspect that the most important driver for military recruitment is still the people that surround a young person, who their role models are, and the impression of the military that these role models have on them. In the NBC article, the author points out the following:

Among Americans surveyed by the Pentagon who were in the target age range for recruiting, only 13% had parents who had served in the military, down from approximately 40% in 1995. The military considers parents one of the biggest influencers for service.

Why is it that the proportion of people whose parents served decreased by 68%, while the size of the active duty military is roughly the same as it was in 2000? (I select this year since this is about when people who were serving would now have enlistment age children). One plausible answer is that children of veterans of the Global War on Terror are simply not interested in joining the military after seeing what their families and friends have been through, on and off the battlefield. And who can blame them? They even say so, again from the NBC article:

“They think they’re going to be physically or emotionally broken after serving,” said one senior U.S. military official familiar with the recruiting issues, who believes a lack of familiarity with military service contributes to that perception.

The “military official” seems to be dismissive of the concerns of young people by claiming that a “lack of familiarity with the military” is at fault, but how can that be the case for people whose parents were themselves veterans? Contrary to his suggestion, could it be instead that the children of these individuals have an excellent understanding of what military service entails, especially for combat veterans? The reason that these young people have this impression of the military is precisely because their role models left a negative impression of the military on them.

The US Military Went Woke, Now It Can’t Find Recruits

I grew up in the 90’s and early ‘00’s in an upper middle class suburban town outside Atlanta and near Hartsfield Jackson Airport, the world’s busiest airport. As such, many of my friends’ fathers were former pilots for the Air Force and Navy. Many were even fighter pilots. As the recent smashing success of the new Top Gun: Maverick illustrates, fighter pilots are pretty much the human face of American military culture. Growing up, I wanted to be a fighter pilot. Many of my role models growing up were former military personnel, and they embodied the sort of person that I wanted to be when I grew up: fit, confident, masculine, intelligent, and financially successful. They embodied the “warrior” archetype, where courage and the righteous exercise of violence were the pinnacle of achievement for a man.

My poor vision precluded me from becoming a fighter pilot, but my desire to serve and fight persisted. I attended West Point, where upon graduating I became an Infantry officer trained to lead and fight. In many ways, I was exactly the type of person that the military targets for their recruitment: fit, patriotic, committed, and willing to commit violence on behalf of the government not because I had to, but because I wanted to.

In my career in the military, most of which was spent in the combat arms, I knew many, many veterans of our wars who were profoundly affected by their service, both physically and psychologically. Most were not themselves wounded, but many had personal friends who were. The black metal bands engraved with the names of fallen brothers and sisters in arms became so ubiquitous that the Army actually modified its uniform policy to allow them to be worn.

The trauma and suffering of serving in the military isn’t even limited to service overseas in wartime; for example, in just 2018, an astonishing 6.2% of active duty women reported that they were sexually assaulted in the past year, and in a bombshell 2013 report, 23% of active duty women reported that they had unwanted sexual contact during their career in the military. I personally know several women who were sexually assaulted, and nearly all the rest had been the target of sexual harassment at one point or another in their careers. What mother can look at her daughter and recommend a career where she knows with fair certainty that she will likely be subjected to sexual violence? What father can enthusiastically support his son joining the military to suffer in the same ways that he did? To be sure there are many that would and do, but it is a much smaller number than otherwise would had the veteran not suffered himself, evidenced by the statistics cited above.

The military offers tremendous opportunities to individuals who can make it. There is no easier way for an 18-year-old who grew up in a bad situation to essentially vault themselves into the middle class and escape their otherwise bleak social and economic prospects. In fact, the military relies on the poor and desperate, so much so that military recruitment suffers when the economy is performing well. The military makes it simple to sign up and receive comparatively excellent health benefits, compensation, and even to pay off significant amounts of college debt. Furthermore, it is highly rewarding to a certain subset of young people to be a member of a motivated team of high performers that value physical fitness, bravery, and commitment. Its hard to fault someone who chooses to join the military for any of these reasons, especially if the person had no exposure to the negative aspects of military service. 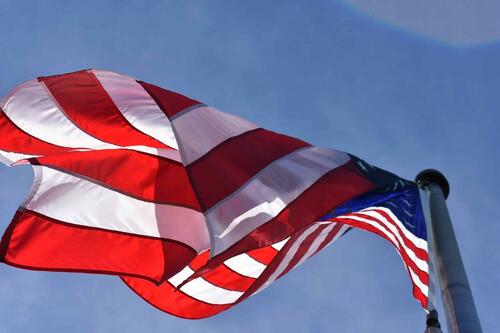 A balanced view of military service makes the decision to join the military far more difficult, and what provides a balanced view better than having role models who were themselves veterans? It isn’t fun or sexy to have a father who has nightmares about his horrifying experiences. It isn’t alluring to listen to a veteran’s war stories about washing their friend’s blood and guts out of a truck after it got blown up, or how they indiscriminately fired a tank coaxial machine gun into a crowd after a suicide attack. It doesn’t inspire confidence in military institutions to know that a friend of a friend’s father killed themselves after struggling with PTSD for years, or to be aware that they abuse alcohol as a coping mechanism (as I was actually advised to do once by a senior officer), or that they suffer as a result of poor healthcare services from the VA.

Children are aware of the world around them, and one negative example makes its way around a community, especially in small towns where military recruits tend to come from. What would it have been like for me if I had known someone like this growing up? Would I have changed my decisions? Its hard to say for myself, but it is not inconceivable that I would have made a different choice. It is sometimes hard for pundits to remember, but not everyone in the world is motivated purely by political or ideological factors. It is a deeply personal decision, driven either by years of conditioning and experience or desperation, and we have to look beyond what this or that PR message and look at ourselves and remember that our children are always watching.

I am a father of young boys. I expect at least one of my children will someday be interested in the military. I can’t say that I will be able to blame him, seeing as much of myself in him as I do. I owe a lot of who I am to service in the military, and am proud of much (but not all) of what I have accomplished. I will not prevent him from joining, but I will make certain he has a balanced view of what service in the military means. I wonder if it will make a difference.