The Midterms are over and so any pretense of a ‘strong as hell’ economy are out of the window, providing some ammo for folks to believe this morning’s ADP report (ahead of Friday’s payrolls print) may come in very ugly.

After a notable rise in October (despite an aggressively tightening Fed), expectations were for a smaller +200k print in November but instead ADP reports only 127k jobs were added in November – the lowest since Jan 2021 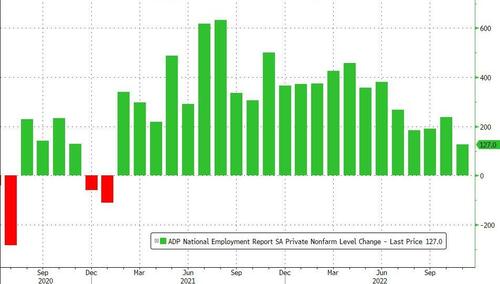 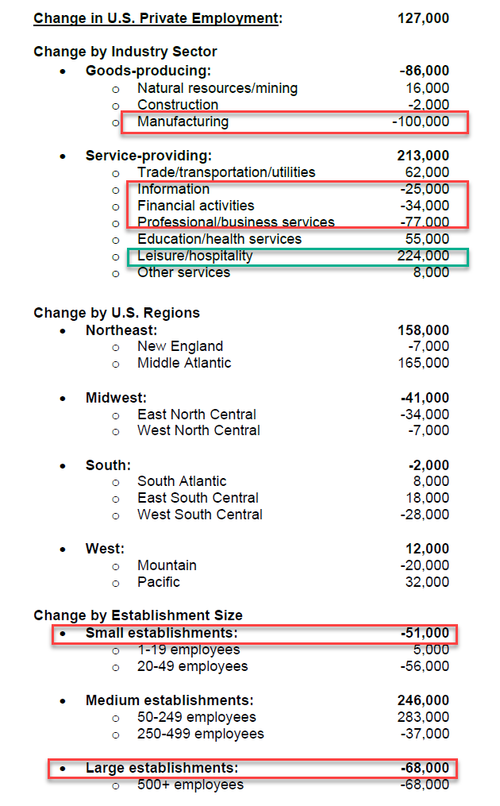 *AMC NETWORKS TO LAY OFF ABOUT 20% OF ITS U.S. EMPLOYEES: DJ

As long as the US hires 5 million waiters and bartenders in November, all is well

“Turning points can be hard to capture in the labor market, but our data suggest that Federal Reserve tightening is having an impact on job creation and pay gains. In addition, companies are no longer in hyper-replacement mode. Fewer people are quitting and the post-pandemic recovery is stabilizing.”

Pay growth remained elevated even as it continued a modest but broad-based deceleration.

Job changers notched their fifth straight slowdown and the smallest increase in pay since January. 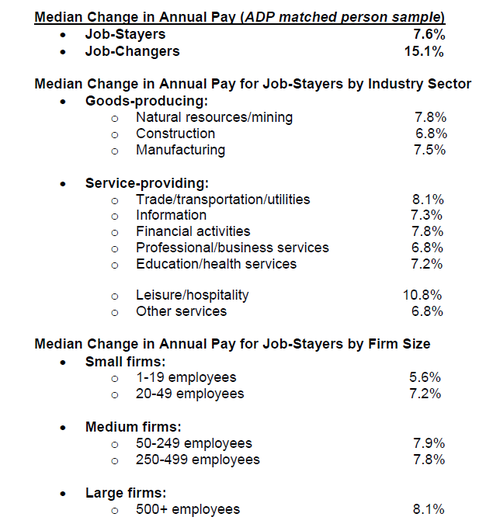 Pay growth for job stayers edged down, too, led by leisure and hospitality, which had a rapid run-up in 2021 but has been falling since March.