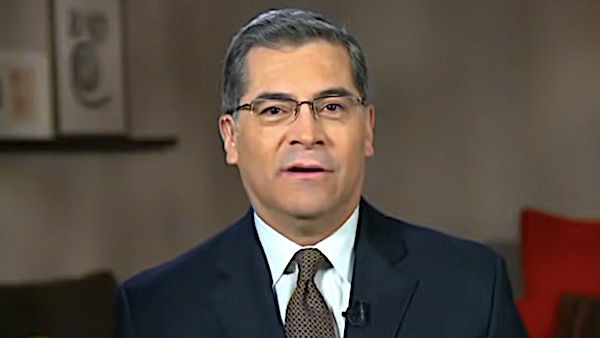 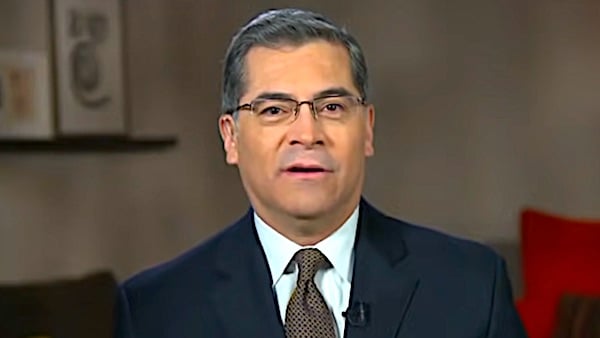 Pro-life organizations on Wednesday charged that Xavier Becerra, the radically pro-abortion Health and Human Services secretary picked by President Biden, was lying when he denied that there was a U.S. law addressing “partial-birth abortion.”

In fact, Becerra was in the House, and himself voted against the “Partial-Birth Abortion Ban Act of 2003” when the House approved it.

The dispute arose from Becerra’s claims during a virtual hearing.

He was asked about the gruesome procedure, which the law defines as “an abortion in which a physician deliberately and intentionally vaginally delivers a living, unborn child’s body until either the entire baby’s head is outside the body of the mother, or any part of the baby’s trunk past the navel is outside the body of the mother and only the head remains inside the womb, for the purpose of performing an overt act (usually the puncturing of the back of the child’s skull and removing the baby’s brains) that the person knows will kill the partially delivered infant.”

The Supreme Court upheld the law in Gonzales v. Carhart.

He was asked if he believes partial-birth abortion is illegal.

“Thank you for the question, and here as I said in response to some of those questions during my confirmation hearing, uh, we will continue to make sure we follow the law. Again, with due respect there is no medical term like partial birth abortion and so I probably would have to ask you what you mean by that,” he said.

“Roe v. Wade is very clear, settled precedent, a woman has a right to, uh, to make decisions about her reproductive health and we will make sure we enforce the law, and, uh, protect those rights.”

“There is no law that deals specifically with the term partial birth abortion,” he claimed.

“Stop lying,” the pro-life Susan B. Anthony List told Becerra on social media. “The law passed & Supreme Court upheld it. This law bans killing a child when it is already partially born. You voted AGAINST this law.”

.@RepGusBilirakis: Will you uphold the law banning Partial-Birth Abortions?@SecBecerra: There is no such law…

This law bans killing a child when it is already partially born.

You voted AGAINST this law.

Becerra’s radical agenda on abortion has been evident for years. He was one of those demanding that an organization of Catholic nuns should be forced to fund abortions for employees when that dispute went to the Supreme Court, which gave the nuns the victory.

The Susan B. Anthony List noted Becerra’s newest comments, in which he essentially was parsing words and definitions, came during a House Energy and Commerce Committee, Health Subcommittee hearing.

While doctors may not have a “medical” term the law in fact has defined partial birth abortion.

Susan B. Anthony List President Marjorie Dannenfelser had had enough of Becerra’s “dodging.”

“During his confirmation hearings, Xavier Becerra dodged questions about his stance on partial-birth abortion – when an unborn child is partially delivered and then killed – deflecting with repeated claims that he would ‘follow the law’ as head of HHS. Now the top health official in America, Becerra outright denies the existence of a law banning partial-birth abortion since 2003,” she said.

“Becerra can hardly plead ignorance on this topic. As a freshman congressman, he voted against the ban. This shameless lie is standard for the most radical pro-abortion administration in history. It should not be hard to recognize that partially delivering a baby and then suctioning his or her brain is not only illegal, but utterly inhumane.”

She continued, “As Becerra works hand-in-glove with the White House to expand abortion on demand and force taxpayers to bankroll the abortion industry against their will, pro-life leaders in Congress are fighting back. 210 legislators are demanding a vote on legislation to protect babies born alive during failed abortions from being killed or left to die. If just five Democrats sign the petition, it will force a vote Speaker Pelosi seems desperate to avoid. Sadly, not a single Democrat has yet signed the petition and opposed infanticide.”

She said pro-life leaders including Reps. Gus Bilirakis, John Joyce, and Dan Crenshaw should be praised for demanding answers from Becerra.

Rep. Kat Cammack, R-Fla., filed a discharge petition demanding a vote on the Born-Alive Abortion Survivors Protection Act, which would ensure that babies born alive during failed abortions receive the same medical care that would be afforded a premature infant born at the same age.

It’s been blocked by pro-abortion Democrats so far.

The post After voting on 'Partial-Birth Abortion Ban' himself, Becerra claims there's no such law appeared first on WND.