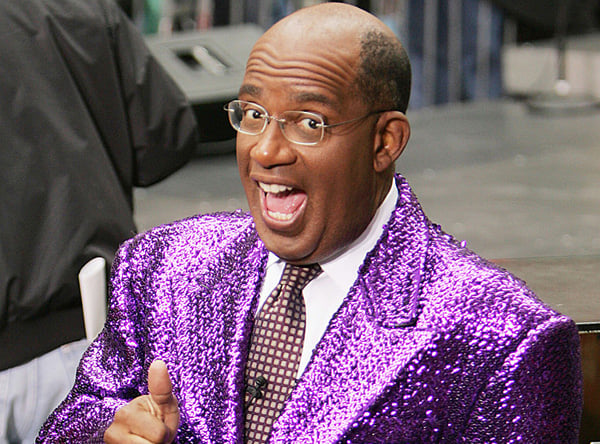 Al Roker, the weatherman on NBC’s “Today” show, and his ABC News broadcaster wife, Deborah Roberts, have experienced some unsettling mishaps with their luxury electric SUV — and this weekend was no exception.

After Sunday brunch at a posh downtown Manhattan restaurant, the couple was spotted struggling to close one of the trademark gull-wing doors on the Tesla Model X, witnesses told the New York Post’s Page Six.

“Al was sitting in the car trying everything he could think of to get the door to close,” one said.

“The diner said the ‘Today’ star seemed to make a call before manhandling the door closed (which, the source noted, ‘may not be great for a car with motorized doors’) and eventually got it working properly,” the report said.

Page Six quoted a source close to Roker as saying a piece of cardboard had blocked a sensor, preventing the door from closing.

While this incident wasn’t serious, in November, Roberts was forced to take a cab when Roker was rushed to the hospital because the malfunctioning door on the electric car would not open.

“The popular weatherman, 68, was taken away by ambulance as his frantic wife, Deborah Roberts, attempted to break into their malfunctioned Tesla to retrieve her mobile phone to follow her husband to the uptown Manhattan hospital, sources say,” Page Six reported.

“His wife, Deborah, was understandably very upset,” it said. “She had left her phone and other possessions inside their Tesla, which had malfunctioned and wouldn’t unlock, so she was trying to smash in a window.”

A witness said Roberts was unable to retrieve her belongings from her electric vehicle, so she took a taxi to see her husband, who has been hospitalized several times for blood clots.

Would you ever purchase a Tesla?

It’s unclear what caused the automobile glitch, but it is alarming that a luxury EV would fail to perform a basic function such as opening a door.

For reference, the 2023 Tesla Model X has a base manufacturer’s suggested retail price of $120,990, according to U.S. News & World Report.

Tesla is the leading electric car manufacturer, accounting for 65 percent of the EV market share.

But even the market leader is plagued by common problems facing all electric vehicles, such as:

On the surface, the idea of an eco-friendly, sustainable electric vehicle sounds like a good idea.

But so far, EVs have failed to live up to the hype — and they certainly have not earned widespread consumer confidence for reliability, safety or efficiency.

This does not mean EVs should be scrapped, but they certainly are not ready to replace gas-powered cars, as some climate alarmists claim.