TRAVIS Barker’s daughter, Alabama, opened up about dealing with ‘negativity’ after trolls attacked her over her ‘mature’ outfits and makeup.

The rocker’s daughter turned 16 one day before Christmas.

Alabama was asked by a fan: “how do you deal with the negativity im struggling with all the people in my hometown.”

She responded: “There’s so many different ways people cope with negativity, i personally just try and distance myself and just focus on myself, never let people get power over your energy.”

The teen has faced backlash as of late over her sexy posts, with trolls online accusing her of dressing too “mature” and overdoing it with makeup.

She seems to ignore the comments, for the most part.

As many haters as she has, she also has plenty of support. 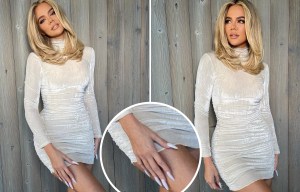 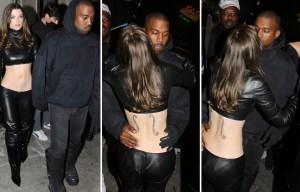 Others have said: “Hun you are a minor, you can’t sexualize yourself like this” and “You are 16!!!! Where the hell are your parents??”

Alabama’s Instagram Q&A addressed other topics as well, though it was largely friends and fans asking to spend time with her.

In December, Travis’ daughter shared a particularly sexy snap that got trolls talking.

She posted a video on TikTok, posing in front of a mirror wearing a tiny terrycloth romper with buttons and short sleeves.

Her blonde hair was curled and her face was covered in a full-glam.

Alabama was joined by a friend in the clip.

She mouthed the words to a song called Girls Want Girls by Drake, pointing her long fake nails toward the camera.

Fans flooded the comments with praises for the star, while some sought the opportunity to slam her.

Critics appeared worried that the child star was dressing and acting too mature for her age.

One wrote: “This girl needs to act her age!! She’s too f**king pretty to be stuck like this…I hate that.”

A second added: “Shorten them nails…You’re too gorgeous for all that.”

“She looks like she’s in her 30s,” another wrote, while a fourth pleaded: “Stop trying to be an adult, it’s so sick.”

“Be a kid girl! You’re trying to grow up wayyyy too fast,” one last commenter urged.

It’s not just a fear that she’s growing up too fast that has fans talking.

Alabama has made headlines for her online presence on the whole.

In the video, Alabama danced in front of her father sitting on a bed in low-rise skinny jeans and an open leather jacket.

The jacket revealed a black bra underneath.

Landon, her brother, got in on the action.

He popped into the clip in all white, sitting on the bed and dancing.

Travis was expressionless in the video, sitting cross-legged amid the action.

He stared dead-pan at his kids dancing, wearing house slippers and a studded black hoodie pulled up over his head.

Fans were quick to comment, with one writing: “Your dad is fed up with y’all.”

A third chimed in: “Why does he look so awk?”

He is currently engaged to Kourtney Kardashian, who has three kids of her own with ex Scott Disick.