WHATSAPP will stop working on some smartphones from next month.

The popular messaging service is planning to bump off support for older versions of iOS and Android.

So if your device is able to upgrade, now’s the time.

But for those with much older handsets unable to download an operating system update, it marks the end of their time on WhatsApp.

The platform – owned by Mark Zuckerberg‘s Meta tech empire – routinely flicks the kill switch on ageing versions of iOS and Android whenever new versions come along.

And with iOS 16 and Android 13 recently available, it means the bottom of the pecking order is retired. 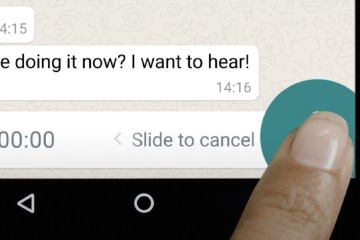 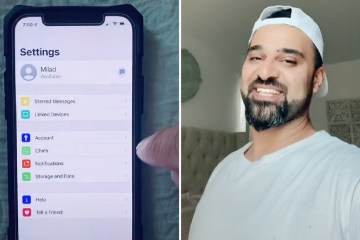 In the iPhone’s case, WhatsApp is withdrawing from iOS 10 and iOS 11.

And on Android, for the moment, you need at least Android 4.1 – it’s not clear whether that will be bumped off too next month.

As a warning popup seen by WABetaInfo shows, the change will happen after October 24.

Most smartphones can simply update their operating system to continue using WhatsApp.

But for some models that won’t be possible.

Which iPhones will WhatsApp stop working on?

You will need at least iOS 12 to continue using WhatsApp on your iPhone.

But two models are not able to upgrade as they’re considered too old by Apple.

Why is WhatsApp blocked on my phone?

As far as WhatsApp and other app makers are concerned, it doesn’t make business sense for them to pay people to keep fixing old operating systems that fewer and fewer are using.

It also makes it harder for them to introduce new features, as aged kit can’t always handle the fancy stuff we’re used to today.

Looking for tips and hacks for your phone? Want to find those secret features within social media apps? We have you covered…