After having been forced to move Prime Day to the fall due to the pandemic in 2020, Amazon’s annual shopping holiday is back to its original summer slot this year. Starting today, Monday, June 21, Prime members will have 48 hours to scour “more than 2 million deals” in order to save some money while spending it. 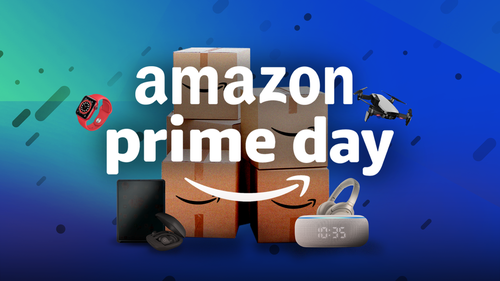 Originally conceived in 2015 to celebrate Amazon’s 20th anniversary, Statista’s Felix Richter notes that Prime Day has quickly evolved into a major shopping event, rivaling Black Friday and Cyber Monday. For Amazon, it has become a great vehicle to boost sales in the slower summer months, explaining why the event has been extended from 24 hours in 2015 and 2016, to 30 hours in 2017, 36 hours in 2018 and finally 48 hours since 2019.

As the following chart, based on estimates from Digital Commerce 360, shows, Prime Day sales have grown significantly over the years. In 2020, total merchandise volume, including first and third-party sales passed the $10 billion milestone for the first time, and there’s little reason to doubt that 2021 will mark another record in terms of Prime Day sales. After all, the number of Prime members worldwide has grown from 150 million in January 2020 to more than 200 million in April 2021. 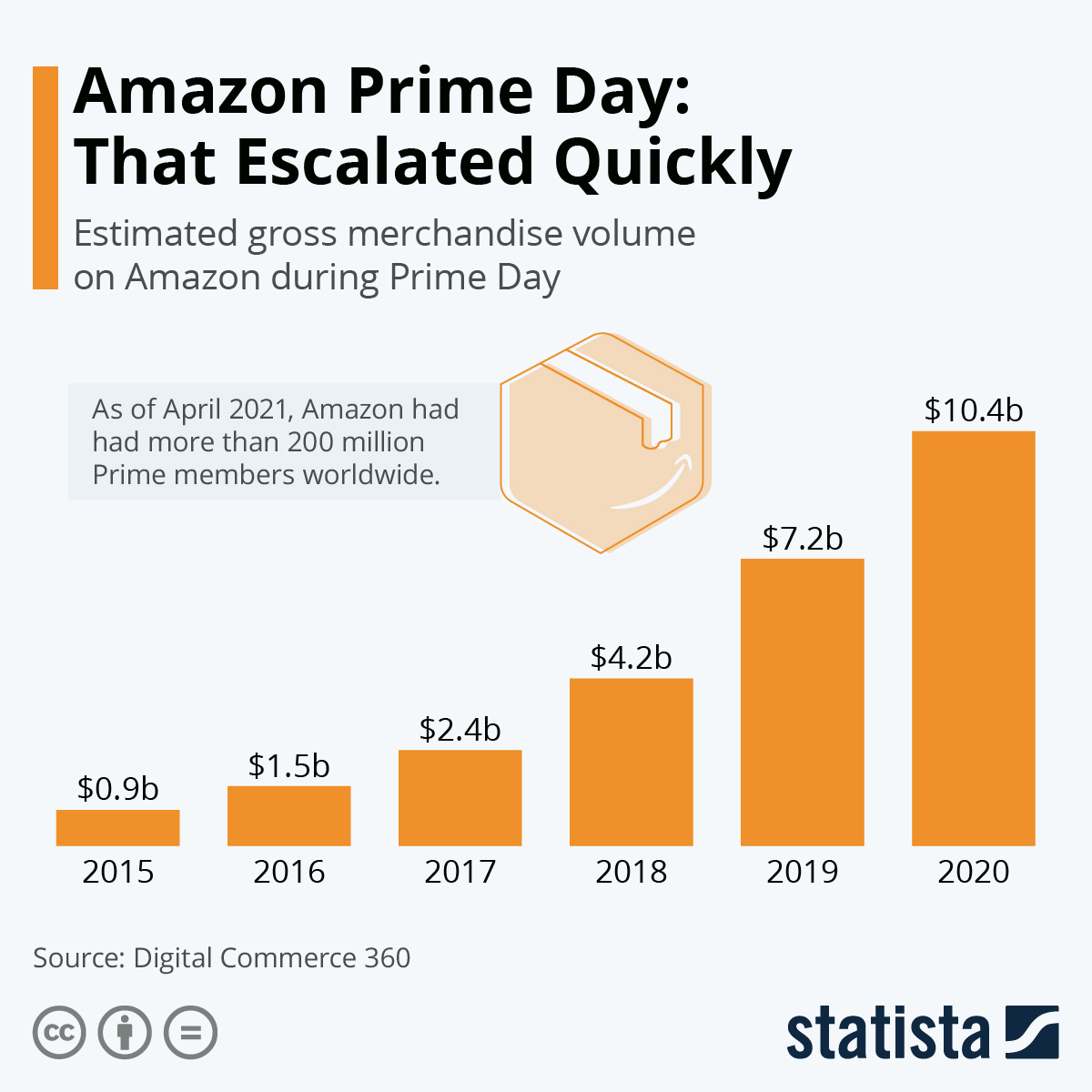 Amazon Prime Day deals are only available to members, creating an incentive for consumers to sign up for the program or stay onboard. Research has shown that Prime members outspend non-members by a significant margin, explaining why Amazon is putting so much effort into its membership program.