Apple CEO Tim Cook will collect the 10th and final installment of a pay deal he received a decade ago in August 2011 when he took the reins former CEO and Apple co-founder Steve Jobs, who died in October 2011.

The latest tranche consists of 5 million shares worth $750 million, according to calculations by Bloomberg. The payout was contingent on Apple’s stock returns over the last three years, which jumped nearly 200%.

During the decade of Cook, revenue has doubled, and the share price has increased by 1,200%. The company behind the iPhone, Macbook, and iPad has a market cap of $2.4 trillion.

But some of the gains in the stock that have made Cook eligible for billions of dollars in payouts has been due to the company’s massive stock buyback program. Apple repurchased $19 billion of stock in the 1Q21, bringing the total for the past year to $77 billion. The company recently added  $90 billion to its repurchase authorization. 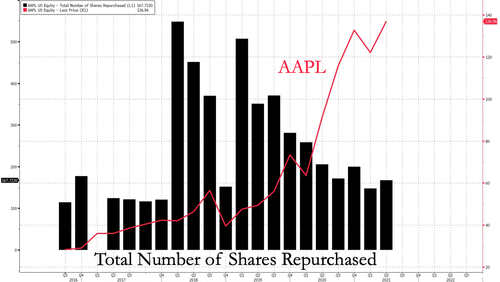 Meanwhile, Cook has dumped over two million shares in the last week. 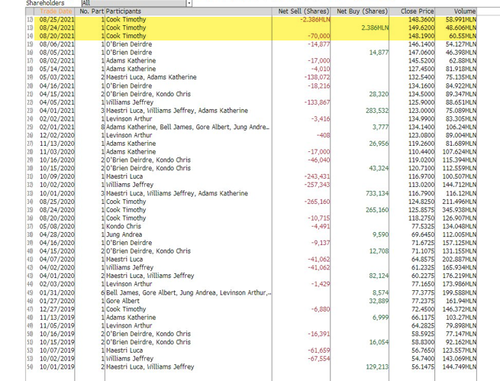 Cook is dumping stock around the $148 level. 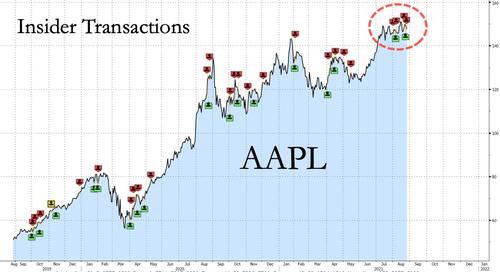 Ultra-loose monetary policy has made it possible for Apple to continue leveraging debt to buy equity which artificially raises the stock price and allows Cook to meet his target to collect his payouts.
Thanks, Powell, for enriching billionaires while wealth inequality remains at record-highs.