Authored by Gregory Bresiger via InsideSources.com,

As the Biden administration prepares the largest tax hike since World War II, a longtime Republican economic advisor is sounding the alarm on “Bidenomics.” 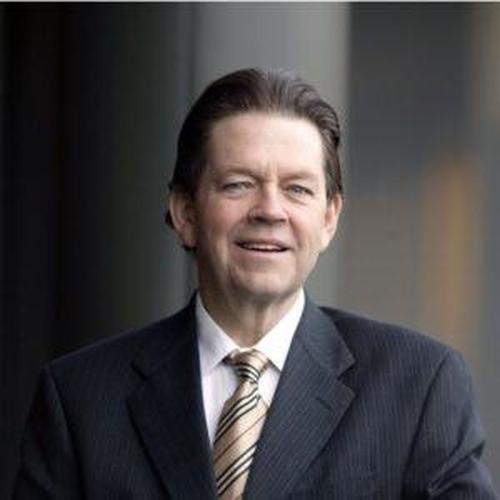 In an exclusive interview with Inside Sources, Arthur Laffer, who as a member of President Ronald Reagan’s Economic Policy Advisory Board is credited with America’s economic boom in the 1980s, warned of the negative impact of tax hikes, especially on those in lower-income brackets.

“Raising taxes will especially hurt the poor and minorities who need jobs,” said Laffer, adding, “It is more than bad policy; it is cruel.”

He says the principles of Bidenomics will slowly bankrupt the country if followed over the next few decades.

Biden’s oft-repeated campaign pledge not to raise taxes on anyone earning less than $400,000 is meeting the reality of his early presidential agenda. While Republicans criticize the administration’s handling of the southern border and some members of his own party clamor for immediate action on gun control, Biden is keeping his focus squarely on his $4 trillion dollar “infrastructure and jobs” plan, formally unveiling the proposal later this week at an event in Pittsburgh.

According to reports from The Washington Post, the package will be funded by as much as $3 trillion dollars in tax hikes.

Laffer, who also served as an economic adviser to President Trump, believes these policies will lower America’s standard of living and eventually reduce the country to a second-rate economic power.

“There’s a very good chance now that the United States, a few generations from now, will be a minor country,” according to Laffer. He argues that the successful tax-cutting policies of Presidents Kennedy, Reagan, Trump and were “not sustained,” but were interrupted by a return to the thinking of the 1930s to 1950s when the highest marginal tax rates were often as high as 94 percent.

“Why,” Laffer asks, “would someone earn an extra dollar when you only get to keep six cents?” He said many high earners in those periods would stop working for the rest of the tax year when they reached the 94 percent level.

He accuses many Bidenomics supporters of lacking an understanding of the basic principles of economics.

As an architect of the supply-side revolution championed by Reagan in the 1980s, Laffer was an advocate of a principle now known as the Laffer Curve. Proponents of the Laffer Curve argue lower tax rates promote strong growth rates, which in turn puts more money in government coffers without raising taxes.

The origins of supply-side economics can be traced to treasury secretary Andrew Mellon, who served in the administration of President Warren Harding. Harding’s tax cuts helped the United States recover from the depression of 1920, fueling a decade of prosperity and the “Roaring 20s.”

Even as a Republican who has served in multiple GOP administrations, Laffer praised the tax-cutting policies of the Democratic administrations of John F. Kennedy and Bill Clinton.

Biden, by contrast, has proposed raising the corporate tax back to 28 percent. During his term in office, Trump lowered the rate from 35 percent to its current 21 percent.

Biden has promised millions of new government-sponsored jobs owing to higher taxes on the rich and government job creation.

Laffer, who favors more enterprise zones in poor neighborhoods, lower capital gains taxes, and tax amnesty programs, says his ideas have little chance of becoming law unless Republicans retake Congress. He is pessimistic about the GOP recapturing the Senate in 2022, but believes the House of Representatives is within reach. Laffer also predicted a Republican takeover of the Senate in 2024.

Laffer commended Larry Summers, who served as a top economic adviser to Presidents Clinton and Obama, for being a rare Democrat willing to sound the alarm on deficit spending.

Summers described the recent spending spree as the “least responsible” macroeconomic policy of the past 40 years. He blames both parties for overspending.

“Even though I disagree with him on a number of issues, he’s a real hero on this issue,” Laffer says of Summer, describing him as much smarter than the people who are running “Bidenomics.”

“These aren’t the people who understand economic science,” Laffer contends. “They are people who replace knowledge with political cliches. This will run the country into the ground.”