The Armed Forces chief of staff in France has called on soldiers who wrote a letter warning President Macron of a brewing “civil war” to resign. 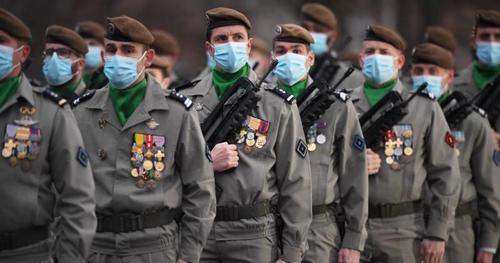 The letter, which was published last weekend, warned of the “disintegration” of France due to authorities having made “concessions” to Islamism and the far left’s war on the nation state.

It followed another letter that was signed by 20 former French generals which struck a similar tone, cautioning that the “anti-racism” movement is seeking to create a “racial war” by attacking symbols of French cultural cohesion and identity, including statues.

Armed Forces Chief of Staff General Francois Lecointre has responded to the second letter by asserting that its authors should leave the military.

“The most reasonable thing is certainly to leave [the army] in order to be able to make one’s ideas and convictions public in a perfectly free [way],” the general said in a letter.

Arguing that soldiers are supposed to remain politically neutral and had no moral or legal right to intervene in the matter, Lecointre called on the servicemembers “to demonstrate common sense” and resign.

“I deny them all… a right to make political statements by highlighting their rank,” Lecointre added.

While Lecointre stopped short of suggesting the soldiers should face punishment, socialist and likely French presidential candidate Jean-Luc Mélenchon vowed to “purge” the military of any dissenters.

A poll conducted after the first letter was published found that the majority of French people agree with the soldiers that the country is headed for “civil war.”

In the age of mass Silicon Valley censorship It is crucial that we stay in touch. I need you to sign up for my free newsletter here. Support my sponsor – Turbo Force – a supercharged boost of clean energy without the comedown. Also, I urgently need your financial support here.