Jeff Bezos’ space exploration company, Blue Origin, saw “at least” 17 of its top staffers defect from the company shortly after Bezos made his publicized trip into outer space.

One employee, a lead engineer, left to take a job at SpaceX, according to reporting by Insider. Another employee wound up at Firefly Aerospace.

CNBC then followed up, noting that “many other engineers and key leaders” also left the company. Some of the defectors were part of the team that tried to land a NASA lunar contract that eventually went to SpaceX, the report said.

The report laid out all of the confirmed departures: 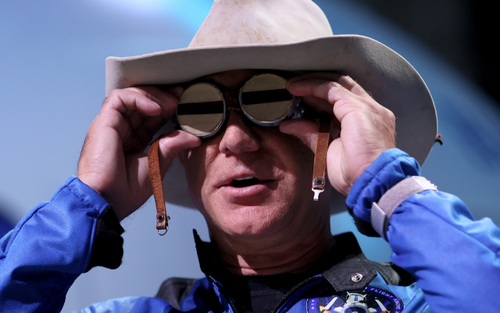 About a dozen of the additional employees who left were also confirmed by Fox News.

A Blue Origin spokesperson told CNBC: “Blue Origin grew by 850 people in 2020 and we have grown by another 650 so far in 2021. In fact, we’ve grown by nearly a factor of four over the past three years. We continue to fill out major leadership roles in manufacturing, quality, engine design, and vehicle design. It’s a team we’re building and we have great talent.”

The departures came shortly after NASA announced in April that SpaceX would get a $2.9 billion contract for a moon lander. Blue Origin had appealed not getting the contract back in April, but the appeal was rejected by the Government Accountability Office in July.

Blue Origin still has about 4,000 employees and is headquartered in Kent, Washington.