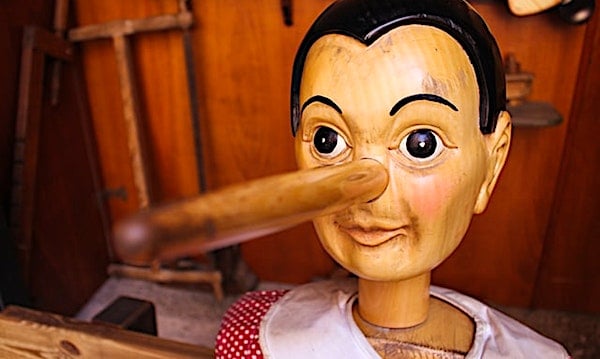 Lying apparently now is accepted by the Department of Justice.

At least for SOME people. That would be if you’re an employee there.

Grassley, the ranking member of the Senate Judiciary Committee, has announced he is demanding answers from Garland on his “repeated failure to prosecute employees after they are caught making materially false statements during internal investigations.”

Grassley listed in his letter at least a dozen cases where “the DOJ Office of Inspector General (OIG) made criminal referrals against DOJ employees, but DOJ never took legal action – despite the same charges being frequently prosecuted when they are made against the American public.”

One recent high profile situation developed when the DOJ refused to prosecute two Federal Bureau of Investigation agents in the Larry Nassar case, after it was confirmed they made multiple false statements.

“The supervisory agent was fired by the FBI for ‘violating the FBI’s policies by making false statements and failing to properly document complaints by the accusers.’ Yet, despite a criminal referral from the OIG, the DOJ refused to prosecute the two agents for the same crime that they routinely prosecute hundreds of American people for each year,” Grassley charged.

Among other situations Grassley cited:

Grassley’s announcement said, “Laws are meant to deter criminal activity, but when DOJ does not enforce those laws but rather shields their employees from consequences, it has the opposite effect. It creates a sense of entitlement and signals that DOJ employees are beyond reproach. DOJ employees should be held to a higher standard for making materially false statements to the OIG, not a lower one. DOJ must hold itself to the highest possible standard or else it risks losing the credibility and trust of the American people.”

He called on Merrick to answer questions, including “how many DOJ employees (and employees of its subcomponents) have been prosecuted” for lying in recent years. Also how many criminal referrals have been made by various inspectors general.

And, he wants to know, “In declining to prosecute the FBI agents involved in the Nasser investigation who lied to the inspector general, the DOJ stated that the ‘Principles of Federal Prosecution’ require more to bring a federal criminal case.’ Please explain why bringing charges for a violation … is against the Principles of Federal Prosecution.”

The post Attorney general pressed on why lying is allowed for DOJ officers appeared first on WND.