Authored by Victoria Kelly-Clark via The Epoch Times,

Australia and Japan will join forces to oppose Beijing’s economic bullying as both countries continue to lose patience with China’s aggressive international behaviour.

In a statement following a joint virtual meeting on Wednesday, Australia and Japan’s foreign ministers, Marise Payne and Motegi Toshimitsu, and defence ministers, Kishi Nobuo and Peter Dutton, announced that both countries “would commit to opposing coercion and destabilising behaviour by economic means, which undermines the rules-based international system.” 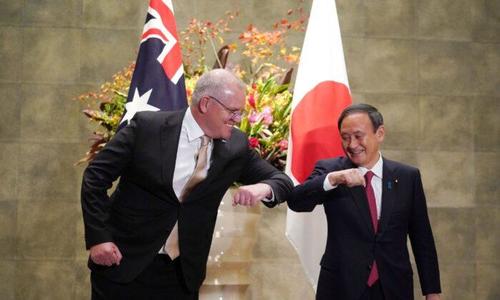 Japan and Australia’s have become increasingly concerned over China’s behaviour as both countries have been on the receiving end of Beijing’s belligerent push to become a global power.

Australia has experienced increasing levels of economic coercion from the Chinese communist regime through its use of trade tariffs on eight major exports, including wine, beef, barley. At the same time, Japan has been forced to increasingly defend its territorial waters from Chinese encroachments using coast guard vessels and what has been dubbed a maritime militia—a point Japan and Australia made in the joint statement noting that they were also strongly opposed to the coercive and destabilising behaviour China was displaying in the East and South China Seas.

“We express our objections to China’s maritime claims and activities that are inconsistent with the 1982 United Nations Convention on the Law of the Sea (UNCLOS),” the statement said.

“We reinforce our strong opposition to any destabilising or coercive unilateral actions that could alter the status quo and increase tensions.”

The allies also called out Beijing for its human rights abuses against Uyghur and other ethnic minorities in Xinjiang and Hong Kong.

Australia Leverages Alliances as Push Back Against Red China Continues

The joint statement comes a week after New Zealand and Australia issued a statement declaring their support for each other and also follows the United States’ declaration that it will continue to have Australia’s back, signalling to the socialists in Beijing that the liberal democratic nations of the Indo-Pacific will stand together in the face of its increasing push for power and dominance. 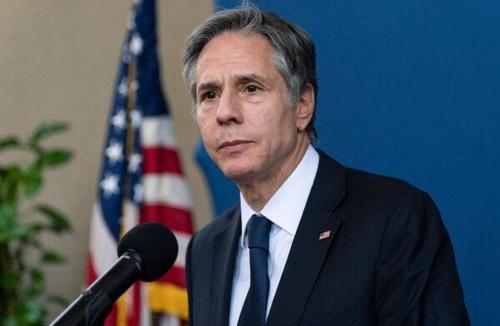 Secretary of State Antony Blinken speaks as he greets staff members of the U.S. Embassy in the Egyptian capital Cairo on May 26, 2021. (Alex brandon/Pool/AFP via Getty Images)

But will this be enough to make Beijing see its recent behaviour has gone overboard in the Pacific?

James Laurenceson, Director of the Australia-China Relations Institute at the University of Technology in Sydney, believes that the Chinese Communist Party currently no longer thinks it needs to operate under the rules of the international system.

“China feels as though its power has reached a level where it simply does not have to defer to the wishes of other countries,” Laurenceson said.

But he noted that it will not escalate tensions with any rash acts of aggression because that would “crystallise a hard balancing coalition against China that would make it harder for Beijing to achieve both its domestic and foreign policy objectives.”

Laurenceson believes the best answer to the increasing aggression from Beijing is for countries to continue to prioritise strong ties built on mutual trust.

Mike Green, foreign policy analyst at the Centre for Strategic and International Studies, told The Australian it was “stunning how aggressive Xi Jinping and the CCP have become.”

“It seems China’s assessment is they (that) have a five-to-10-year window to cement their ­leadership position in Asia, and that explains why they’ve been pressuring everyone simultaneously: Australia, India, Taiwan, Japan,” Green said.

Wang Wenbin, spokesperson for the Chinese regime, responded to the statement by telling both countries to stop hyping up the “China Threat” and accused them of “maliciously slandering China.” He urged Australia and Japan to stop meddling and abide by the basic norms of international relations, without explaining his comments.