In what is a landmark court ruling in Australia, a country that has “raised the drawbridge” by preventing citizens from leaving and foreigners from arriving, a judge has upheld the government’s travel ban that prevents most Australians from leaving the country so they don’t bring COVID-19 back with them.

The government has credited the strategy with the country’s success in limiting COVID-19 infections. A recent outbreak in Melbourne has led to a week-long lockdown for the country’s second-largest city and the surrounding Victoria state, which might be extended as new cases – many of which were traced to a particularly infectious strain out of India – are identified. 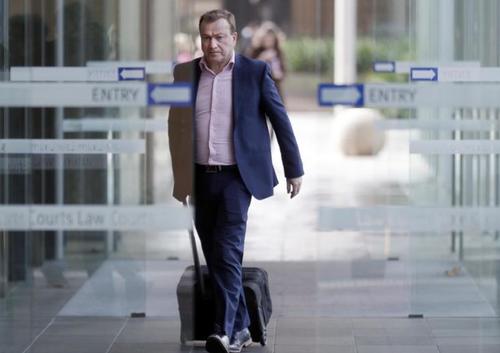 As the AP reports, Australia is the only developed democracy that has prevented its citizens and permanent residents from leaving the country except in “exceptional circumstances” where they can demonstrate a “compelling reason.”

LibertyWorks, the Libertarian group that brought the court challenge, argued before the full bench of the Federal Court in early May that Health Minister Greg Hunt didn’t have the power to legally enforce the travel ban, which has prevented 1,000s of Australians from attending weddings and funerals, caring for dying relatives, and meeting newborn children.

Furthermore, LibertyWorks lawyer Jason Potts argued that Australians had a right to leave their country under the International Covenant on Civil and Political Rights. But the panel of three judges ruled that Potts’ submission was based on the “erroneous premise that the right is absolute.”

The judges ruled that Potts’ interpretation of the law undermines Parliament’s clear intentions when lawmakers created the emergency powers in the Biosecurity Act in 2015.

LibertyWorks President Andrew Cooper is reportedly considering an appeal to the high court.

“We are very disappointed in the judgement today. We continue to believe that the outbound border closure is defective in law and, perhaps more importantly, unjust on human rights grounds. We must remind ourselves also that often things that are legal are not necessarily just,” Cooper said in an email.

“While Europe and most of the world open up their borders, only North Korea and Australia stubbornly continue with strict controls over their citizen’s ability to leave their country,” he added.

Critics of the emergency order claim that it is harshest on the 30% of Australians who were born overseas. However, public opinion polling shows Australians mostly support the restrictions, since they have apparently helped the country keep its COVID-19 cases and deaths at levels well below their peers in Europe and North America.