Australian voters cast ballots on Saturday to decide the next prime minister, as well as senators and members of Parliament, after a six-week election campaign that often centred on the economy and national security. 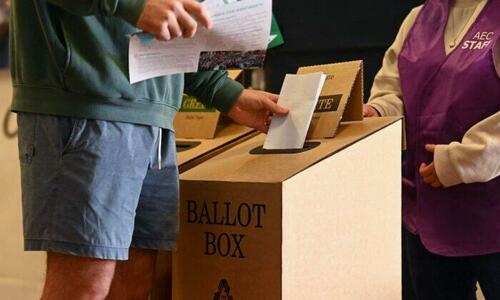 Electoral Commissioner Tom Rogers said Friday that 7,000 polling stations have opened as planned, despite a 15 percent turnover of its 105,000 workforces across Australia in the past week.

“While this is extraordinary, it is a pandemic election,” Rogers said in a statement, thanking those who stepped up to fill positions at polling places identified as not opening due to staff shortages.

The first polling stations will close on the country’s east coast at 6 p.m. local time (08:00 GMT). The west coast is two hours behind.

Nearly half of Australia’s 17 million electors have voted early or applied for postal votes despite loosened coronavirus restrictions. Those who tested positive for the COVID-19 will be able to access telephone voting.

Voting is compulsory for adult citizens in Australia, and failing to provide a valid reason for not voting results in a fine, which can progress to court. The fine for first-time offenders is $20, and it climbs to $50 for subsequent offences, according to the electoral commission.

Incumbent Prime Minister Scott Morrison’s centre-right Liberal-National coalition is vying for a fourth three-year term, having held 76 of the 151 seats in the outgoing parliament. Opposition leader Anthony Albanese’s centre-left Labor Party is considered by most trusted polls as the favourite to win. 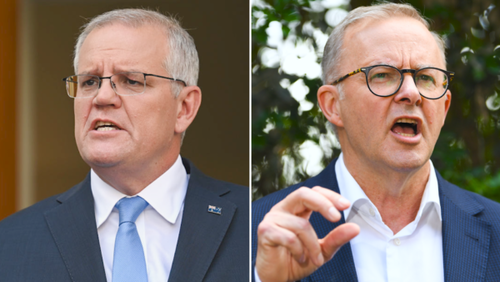 One possible outcome of the upcoming federal election on May 21 is a hung Parliament where no political party can achieve a majority to govern outright (a party must win 76 seats). Instead, party leaders will be forced to negotiate a coalition with another minor party or independent to cross the benchmark to win government.

A hung Parliament has only occurred once in Australia since World War II. In 2010, both the Liberal-National coalition and Labor landed 72 seats, four votes short of a majority government. It took another 17 days before Labor leader Julia Gillard won enough support from four crossbenchers (minor party or independent MPs) after striking deals with them.

Morrison’s election campaign has focused on his party’s economic management, urging voters to support a government that delivered “a strong economy” over “a weaker one that only makes your life harder.”

He promised to lower taxes and put downward pressure on interest rates and costs of living if his government was re-elected.

Albanese pushed for Labor policies that would make child care more affordable for low-and middle-income families and improve nursing home care for the elderly, pledging to “always look after the vulnerable and the disadvantaged.”

At the same time, the Coalition at times aggressively called into question Labor’s record with the Chinese communist regime, pointing to Chinese state-run media reports in alleging that the Labor leader was Beijing’s preferred prime minister.

In the lead up to the election, Australia’s domestic spy agency also revealed they had disrupted a plot by Beijing to install candidates in the election who they deemed as friendly and pliable.

“What I don’t understand is when something of this significance takes place, why would you take China’s side?”

Albanese then accused Morrison of making an “outrageous slur.”

According to a leaked draft of the Solomons-China agreement, Beijing would be able to send police, troops, and naval ships to “protect the safety of Chinese personnel and major projects in the Solomon Islands.”

Many feared that China would use the accord to establish a military base 1,700 kilometres off the Australian coast and destabilise the Indo-Pacific, although Solomon Islands Prime Minister Manasseh Sogavare had said that this would not be the case.