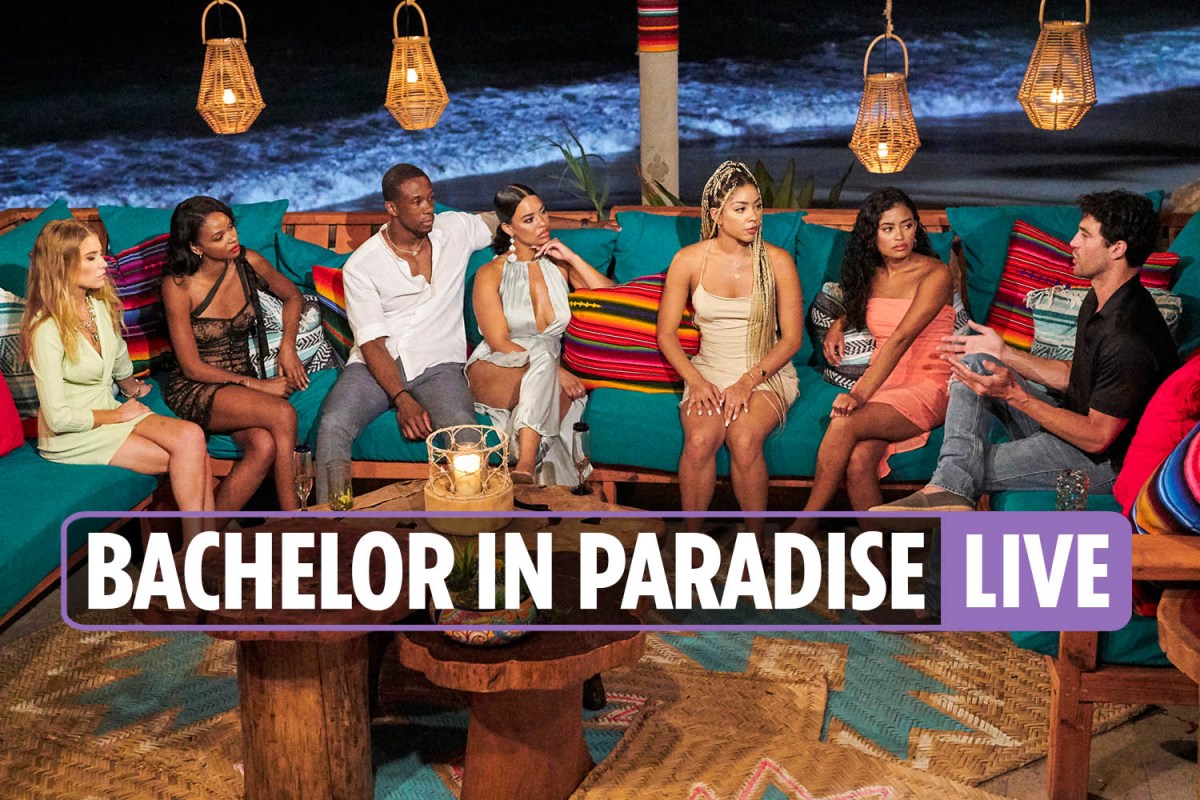 EPISODE nine of Bachelor in Paradise continued the drama and ended in a fight over one contestant.

Tonight’s episode ended with Aaron and Ivan getting into a heated argument after Ivan kissed Chelsea, and showed Kenny and Mari revealing they are falling for each other.

Aaron told Ivan kissing Chelsea was a “b***h move” and accused him of “rose-hunting” before the episode concluded.

The episode also included the drama of a tropical storm heading in the direction of the contestant’s resort. A producer told the cast, “It’s headed straight for us. We need to start evacuating now.”

Tia who’s been in a love triangle with contestants James and Blake reacted to the emergency and said, “Early today, I was stressed about who I was gonna give my rose to. Now, I’m stressed about being alive.”