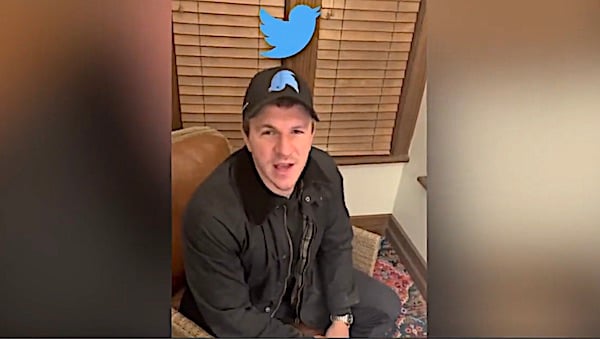 James O’Keefe, founder and president of the journalist group, made the announcement by video Sunday evening.

TRENDING: You won’t believe what TikTok is now compared to for disastrous impact

“Not only are we back, we are coming back with a vengeance!”

“One week from Tuesday,” he continued, “we are going to launch on Twitter, on the Project Veritas Twitter page exclusively, a new federal whistleblower showing how unaccompanied children at the border are being exploited by the United States government.”

Thank you @ElonMusk for reinstating the Project Veritas Twitter account and for standing up for real investigative journalism ⁰⁰Stay tuned for an exclusive on this account 11/29 – A brave whistleblower inside the federal government is going on the record about child trafficking pic.twitter.com/wJotKQBiKM

Should everyone who was purged by Twitter for political reasons be reinstated?

He also posted a brief clip to preview that investigation, in which O’Keefe asks a whistleblower for the U.S. Department of Health and Human Services: “Has there ever been an investigation as to what is happening to the kids that get sent to these addresses that don’t exist?”

“HHS, once they turn the child over, is no longer legally responsible,” responds the whistleblower, whose identity is electronically concealed.

“I don’t believe this is something that HHS, the agency, wants people to know.

“Anyone who is recruiting and transporting minors for the purpose of labor, that is trafficking.”

At the end of the teaser, O’Keefe concludes by saying: “Stay tuned and be brave. Always do something.”

“Jack Dorsey and Vijaya Gadde are NO MORE,” O’Keefe said in a separate statement, referring to Twitter’s previous managers. “THANK YOU, ELON MUSK! The rights of journalists to report news can never be quashed, silenced, or censored.”