Baltimore City continues to slide into a socio-economic mess, with wealth inequality at record highs and violent crime surging.

“The gun violence witnessed this weekend shows us that there are cowards among us who are willing to take a life, no matter how small or insignificant the beef. We must hold them accountable and rid our streets of the weapons they use to take our daughters and sons away from us. I will be meeting with Commissioner Harrison to discuss what changes need to happen for the Baltimore Police Department to have a greater immediate impact on this violence. I will also be determining what other agencies can bring to the table to bolster these efforts.”

If the pace of homicides continues, the metro area will experience more than 300 homicides by the end of the year. Shooting deaths have been elevated since the police killing of Freddie Gray in 2015. 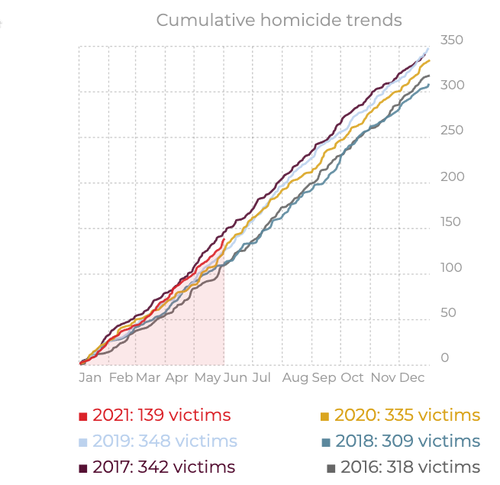 Notice homicides by cause of death are primarily shootings and increase during warmer months. 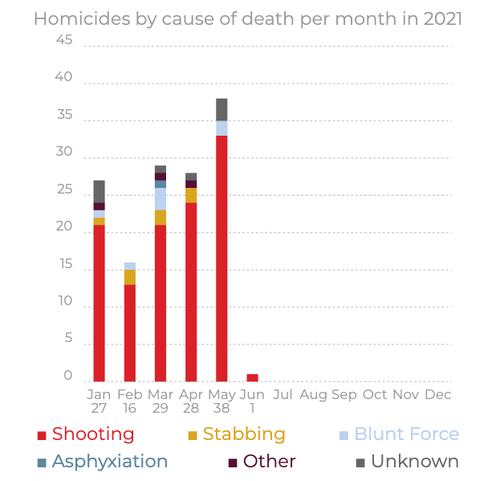 Scott and Mosby might need a better policing plan as the liberal-run city, like many others across the country, descend into chaos.