Bank of America is joining the list of investment banks taking drastic measures to try and appease their junior bankers by bumping their pay up. The move comes after junior bankers at Goldman Sachs spoke out about long hours worked during the SPAC boom, prompting banks to take action to retain their junior level “talent”.

Bank of America is going to be giving its junior bankers a boost in pay starting May 1, Bloomberg reported on Thursday.

The bank wrote in a memo to its junior employees on Thursday: “Given our ongoing remote work environment — coupled with the recent pace of market activity as well as client requests and transactions — your contributions and commitment have become more important than ever to the continuous success of our deal teams and client relationships. Your efforts and well-being are critical to our success.”

John Yiannacopoulos, a spokesman for the bank, said the pay bumps would be “meaningful”, according to the report. The memo also noted that Senior managers will start having meetings with about 25 junior bankers at a time to discuss “how to continue to make things easier and more efficient, provide targeted resources and support, ensure your health and wellness, and stay connected.” 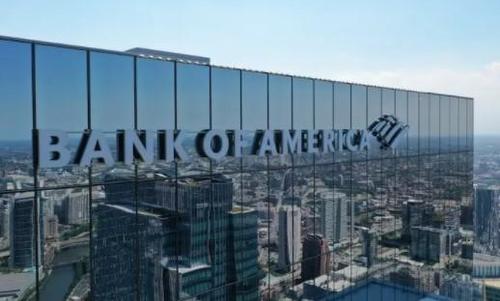 Recall, we wrote just days ago about how competitive retaining talent at places like investment banks and law firms has become. The world’s top professional service firms and banks are showering their employees with luxury gifts and bonuses to try and prevent them from moving on to other opportunities in what is becoming a fierce section of the job market for those qualified.

Law firms are getting in on the action, too. Financial Times reported this week that Davis Polk & Wardwell and Simpson Thacher & Bartlett, two elite law firms, have given one time bonuses between $12,000 and $64,000 to their employees for their “hard work during the pandemic”. This is on top of a Covid bonus employees were already given. Latham & Watkins and Goodwin Procter have also followed suit. Goodwin’s employees will be paid in two tranches, one in July and another in October.

Nathan Peart, managing director of associate recruiting at Major, Lindsey & Africa, said: “It’s no secret that associates have been working huge numbers of hours and are approaching burnout. Firms are taking action and money is a starting point.”

Investment bank Jefferies has given its employees a choice of a Peloton, a Mirror or various Apple products. David Polk offered its employees wine packages, gift cards and shopping sprees. Credit Suisse – who has larger, Archegos-sized problems on its hands right now – said it would pay its junior staff $20,000 in bonuses.

Our advice to those junior bankers, given the $5 billion Credit Suisse might be facing in Archegos losses? Make sure those checks clear immediately..