Shares of Bayer, the German pharmaceutical giant, are tumbling in premarket trading after the Biden Administration asked the Supreme Court to reject the company’s appeal of a California lawsuit which found that its Roundup weedkiller causes cancer.

Bayer shares tumbled more than 7% on the news, which Citi analysts including Peter Verdult described as a  “clearing event”,  similar to Genmab shares after Darzalex arbitration went against the company in April. 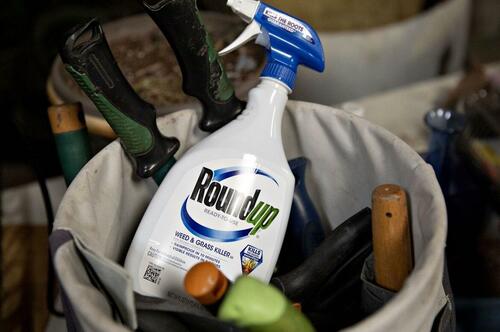 Solicitor General Elizabeth Prelogar, who represents the Biden Administration before the high court, said in a court filing that Bayer’s appeal should be rejected.

Bayer shares on Wednesday plunged 6.3%, a loss of about €3.7 billion euros, or nearly $3.9 billion, in market value, to their lowest in seven weeks as traders bet against the likelihood of the appeal being heard. The company’s shares are still up more than 20% this year.

According to Reuters, Bayer has argued that the cancer claims over Roundup and its active ingredient glyphosate go against the science, as well as the product clearance from the EPA. The agency has upheld guidance that glyphosate is not carcinogenic and not a risk to public health when used as indicated on the label.

“In terms of a positive final outcome for Bayer, this decreases the likelihood of the Supreme Court deciding to hear the case and subsequently ruling in its favor,” said Jefferies analyst Charlie Bentley.

Morgan Stanley analyst Vincent Andrews noted that Bayer shares will likely respond negatively as the market was expecting that the US solicitor general would recommend a review of the case.