The White House has issued a belated response – or ultimately a weak attempt at damage control – amid growing bipartisan outrage that despite his prior “tough” talk on the campaign trail to “hold the Saudis to account”, crown prince Mohammed bin Salman is getting off scot-free.

“The Biden administration defended its decision not to sanction Saudi Arabia’s Crown Prince Mohammed bin Salman personally for his role in the death of Washington Post columnist Jamal Khashoggi, as the White House confirmed no more actions against the kingdom are imminent,” Stars & Stripes reports Sunday. This means that not so much as suspension of weapons sales are on the table, apparently. 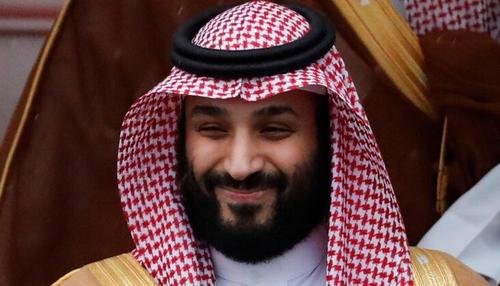 This despite the newly declassified intelligence assessment identifying MbS as “approving” the operation to kill or capture the Washington Post journalist.

Biden’s answer as to why the US is stopping short at sanctioning dozens of lower-level Saudi officials (and not MbS) that the newly declassified intelligence assessment identified as orchestrating Jamal Khashoggi’s Oct.2018 murder appears to simply be that the Saudis are “our allies”:

A White House statement indicated that no further actions will be taken against Riyadh (other than slapping up to 76 officials with ‘travel restrictions’):

“The recalibration of relations with Saudi Arabia began on January 20th and it’s ongoing,” the White House said in a statement. “The Administration took a wide range of new actions on Friday. The President is referring to the fact that on Monday, the State Department will provide more details and elaborate on those announcements, not new announcements.”

Also, this is quite the statement…

“The President should not meet with the Crown Prince, or talk with him, and the Administration should consider sanctions on assets in the Saudi Public Investment Fund he controls that have any link to the crime.”

Certainly the Saudis now have little to worry about given the White House is meekly talking “recalibration of relations” in the wake of US intelligence identifying MbS as having ordered the brutal killing and dismemberment.

So it took no time at all for things to return to “business of usual” in terms of Washington relations with the Saudi regime. The Saudi prince literally got away with murder… and now has a perpetual “get out of jail free card” simply because he’s a White House “ally”. Ultimately this of course comes as no surprise at all.