After a series of US-backed arms sales packages to Taiwan during Trump’s last year in office, severely ratcheting tensions to where they are now, President Biden’s administration on Wednesday approved its first arms sale to the island claimed by China.

Bloomberg is describing the potential $750 million deal as including 40 new M109 self-propelled howitzers, essentially a highly maneuverable tank-like military vehicle with a giant gun, and some 1,700 kits designed to convert projectiles into more precise GPS-guided munitions.

The contract by BAE Systems must first pass through congressional review, which is expected, and while it’s not a large number for a foreign country sale at less than one billion dollars in weaponry, the symbolism is huge and will be seen as a provocation surely to be loudly denounced by China.

The howitzer and kit conversion sale is seen as geared toward improving the Taiwanese army’s ability to repel a potential Chinese land invasion, based on similar equipment that the US Army currently possess.

According to commentary featured in Bloomberg by the influential US-Taiwan Business Council:

The proposal “serves as a timely reminder of the close national security partnership between the United States and Taiwan,” as China is now violating Taiwan’s air defense identification zone “on a near-daily basis,” said Rupert J. Hammond-Chambers, president of the U.S.-Taiwan Business Council. “We also hope to see additional offers from the Biden administration of new capabilities to Taiwan to both help expand its current military posture and to continue improving its multilayered self-defense capacity.”

Indeed those PLA aerial incursions have only grown during the Biden administration, in part to ‘answer’ the Biden Pentagon’s own monthly warship sail-throughs of the contested Taiwan Strait.

Taiwan is seeking a strategy dubbed as establishing “fortress Taiwan” – building up enough advanced weaponry to blunt a direct Chinese assault – at least until bigger allies could be called in. Last year after the Trump administration pushed forward an unprecedented seven major weapons systems sales to the democratic island, the South China Morning Post recently had warned of China’s ‘red lines’: “Unlike other areas of territorial contention, such as in the South China Sea, analysts say Beijing will show no flexibility on this issue and has not ruled out force to reunify Taiwan with the mainland,” it said at the time. 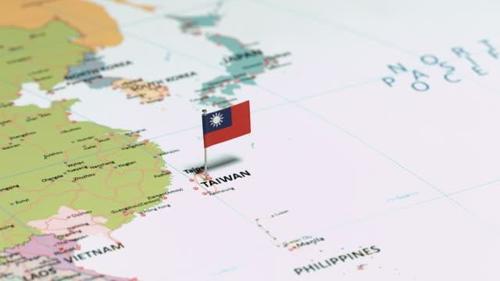 Beijing considers US weapons sales a flagrant violation of the longstanding ‘One China’ policy and has in the recent past charged Washington with intentionally destabilizing the region.