After weeks of negotiations at the White House and on Capitol Hill, it appears the Democrats are hardly any closer to passing President Biden’s “Build Back Better” agenda (which, remember, has been split into two bills, a “bipartisan” infrastructure bill and another to finance a massive expansion of the social safety net). 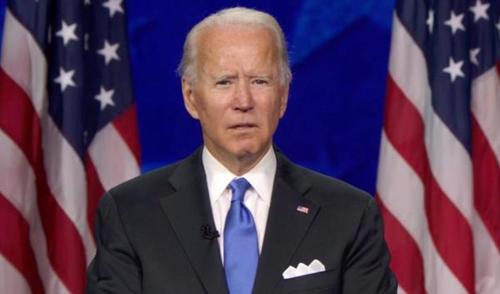 Remember, President Biden and the Democratic leadership promised that their multi-trillion plan for what is effectively a state-managed redistribution of wealth in the economy is supposed to be paid for (for the most part, at least) with tax hikes. Republicans have unanimously opposed this.

We have long suspected that this “commitment” to offset increased spending with tax hikes would ultimately ring hollow, and the other day, Biden seemed to imply that they had abandoned plans to raise taxes on corporations and wealthy individuals. When asked about a corporate tax hike, Sen. Joe Manchin said this week that “they’re going to pay their fair share’. Goldman’s top political analyst shared his latest thoughts on how the plan might be funded – or not – in a note to clients yesterday.

But for the first time, President Biden faced the American public and effectively admitted as much, saying during a CNN town hall meeting in Baltimore that he doesn’t think there are enough Democratic votes to raise tax rates as part of his deal – whether those tax hikes be on wealthy individuals, or corporations.

As Axios put it, Biden’s comment that the Dems are effectively jettisoning their hopes to hike corporate taxes was “the most important headline” of the night.

Does that mean the Dems will simply give up, or try for a much more modest plan that might win some GOP support? Of course not: Biden said last night that he believes they’ll reach a deal on the overall legislative package anyway – they’ll just need to also commit to trillions of dollars in additional spending, debt and money printing.

“I don’t think we’re going to be able to get the vote,” Biden said in response to a question about individual and corporate rates. “Look, when you’re in the United States Senate and you’re president of the United States and you have 50 Democrats, everyone is the president.”

Many have scoffed that Sen. Joe Manchin, due to his status as a key swing vote, is effectively as powerful as the president. Now, Biden is admitting it in a joke. And you know what they say about jokes.

A White House official later told Bloomberg that Biden was only referring to corporate tax-rate increases, not potential hikes on the wealthy, or financial transactions, or whatever else.

At this point, there have been reports that Sen. Sinema has committed to a broad tax hike outline, but what exactly these tax hikes look like is unclear. As BBG put it, “the specifics of what she would support weren’t immediately clear.”

Despite progressives’ attempts to push back, the headline number for the Dems’ social safety net expansion bill has reportedly shrunk to $2 trillion, from $3.5 trillion.

Biden also acknowledged that two provisions of his agenda have been vastly curtailed or eliminated: one is an initiative to provide paid family leave, which would be slashed to just four weeks from 12, and a proposal to make community college free. Biden said he would push for increasing Pell grants for lower-income college students instead.

Thanks to the trillions in post-COVID spending, inflation in the US is already accelerating at its fastest rate in decades, and it’s not just the US: prices are rising around the world.

But what’s the danger of the Dems’ passing another massive spending package without enough tax hikes to offset it? Well, as Paul Tudor Jones said the other day, inflation is already “the single biggest threat to our society”.

In all likelihood, the Dems already understand this: but if they don’t pass some kind of spending package, what will they have to campaign on ahead of next November’s midterms?