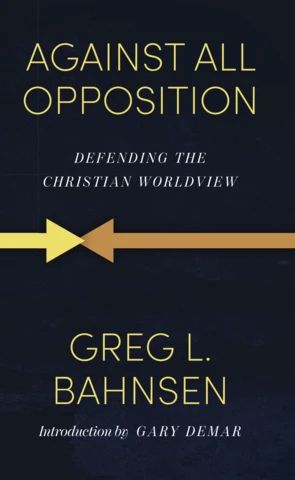 The following article, Biden-Harris Pro-Abortion Presidency: A Modest Proposal, was first published on The American Vision.

The Bible tells us, “Do not answer a fool according to his folly, or you will also be like him. Answer a fool as his folly deserves, that he not be wise in his own eyes” (Prov. 26:4–5). The fools have been answered with their own words and policies.

The news is out, and it was expected. “President-elect Joe Biden is expected to roll back several of the Trump administration’s changes to sexual and reproductive health programs, undoing a large portion of the president’s executive actions on abortion and women’s health.” Remember those “Evangelicals for Biden”? Remember those Christian anti-Trumpers? This is the fruit of their scandalous labor.

The Democrat Party’s pro-abortion platform is writ large in the state of New York that passed one of the most liberal abortion laws in the country. Josef Stalin, Adolf Hitler, Pol Pot, and Mao Zedong couldn’t be prouder. New York has done without firing a shot what these madmen needed wars and revolutions to accomplish the killing of millions.

I offer a “Modest Proposal”* (please read the entire article before commenting) to take the process a step further by supporting abortion on demand for all liberals. Not only would it support their anti-marriage and pro-abortion views, but it would also address their concern for the environment, specifically, the myth of over-population.

Against All Opposition: Defending the Christian Worldview

An apologetic methodology that claims Christians should be “open,” “objective,” and “tolerant” of all opinions when they defend the Christian faith is like a person who plans to stop a man from committing suicide by taking the hundred-story plunge with him, hoping to convince the lost soul on the way down.

Population “experts” tell us that we are heading for critical mass where population growth will soon out-pace food supplies. Water, arable land, and natural resources are in limited supply. Such concerns, we are told, affect us all, regardless of political affiliation. One mouth is just as hungry as another.

One way to avert an over-population calamity is to shrink the population by pro-active means. Some prominent billionaires have devoted their after-tax fortunes to such a task. But wouldn’t it be best to eliminate only those who are true problems, those who lack social utility? I believe “useless eaters” is the appropriate phrase. A bit of discrimination is needed based on a studied statistical analysis. A simple assessment of purpose and need are in order to determine who should breed, all for a better world.

A person’s background and potential for contributing to society should be considered. Only the best people should be exempted from the weeding out process. No doubt we could convince potential parents that their present “sacrifice” would result in a benefit to those who remain, including themselves. What groups commit the most crimes? What groups are a drain on tax dollars? There are other sensitive but necessary questions to be asked.

In keeping with liberal policies, birth control methods of all kinds should be funded by tax dollars. Make them cheap and easy to procure. Now if we can only get the right people to take them. Liberals should be the first to self-limit their progeny since abortion is their religion, and we don’t want to discriminate on their right to exercise it. We should make every inhibitor to reproduction legal to them and those within their circle of influence. Of course, we’ll look the other way if they choose some illegal methods. Anything to support their cause.

The late Associate Supreme Court Justice Ruth Bader Ginsburg said she believed the landmark Roe v. Wade decision on abortion was predicated on the Supreme Court majority’s desire to diminish “populations that we don’t want to have too many of.” Of course, there is nothing new in what Ginsburg said. The American Birth Control League (which eventually became Planned Parenthood) was founded for this very purpose.

In 1939 Margaret Sanger, author of The Pivot of Civilization, started “The Negro Project.” She called on black preachers to support sterilization. In 2009, Hillary Clinton received the Margaret Sanger Award from Planned Parenthood and said she was in “awe” of Sanger. Biden, Hillary Clinton, and the Democrats are the party of abortion and venerate Sanger who said the following:

We should hire three or four colored ministers, preferably with social-service backgrounds, and with engaging personalities. The most successful educational approach to the Negro is through a religious appeal. We do not want word to go out that we want to exterminate the Negro population and the minister is the man who can straighten out that idea if it ever occurs to any of their more rebellious members. [1]

Is this the reason nearly 90 percent of black voters vote for the Democrats? They want to see their race diminished? Who knew?

The authors of Freakonomics, a book that has sold millions of copies, assert that there might be a link between legalized abortion and the reduction of crime. [2] There are those who dispute their findings on linking abortion to a decline in the crime rate. But for this article, it does not matter. It’s what the authors claimed and many people wanted to believe because they are religiously connected to abortion on demand as they see it as their blood sacrament. This is logical. If crimes are committed by people who are alive, and you kill some of them before they can commit crimes, crime will be reduced. Since more crimes are committed by “certain groups” (also see here), it would be best to target those groups for abortions.

This will mean fewer liberals in the future. While pro-abortion liberals are doing the environmentally friendly and politically correct thing, conservatives with their large families will dominate the culture in a generation or two. At least one very liberal columnist has noticed the problem:

[F]or the past 30 years or so, conservatives — particularly those of the right-wing red-state Christian strain—have been out-breeding liberals by a margin of at least 20 percent, if not far more…. Libs just aren’t procreating like they could/should be. [3]

* Much of what I’ve written is satire, following in the tradition of Jonathan Swift, to make the point that Democrats believe some people are disposable in the name of the greater. Every genocidal tyrant believed the same thing.

It was in 1792 that he wrote “A Modest Proposal for Preventing the Children of Poor People in Ireland from Being a Burden to their Parents or Country, and for Making them Beneficial to the Public.” And what was the proposal? Swift suggested that the impoverished Irish might ease their economic troubles by selling their children as food for rich gentlemen and ladies. He wrote his Proposal to force the people of Ireland to look at the way they were treating the poor.

Maybe it’s time we get ignorant pro-abortionists to look at the long-term implications of abortion. The black community should take a hard look since there is a disproportionate percentage of black children being aborted, and yet blacks for the most part continue to support government officials who are pro-abortion. Those “Evangelicals for Biden” who claim to be anti-abortion have been judged by the millions of black voters who left the Democrat plantation and voted for Pres. Trump this election year.

God’s Law is Christianity’s tool of dominion. This is where any discussion of God’s law ultimately arrives: the issue of dominion. Ask yourself: Who is to rule on earth, Christ or Satan? Whose followers have the ethically acceptable tool of dominion, Christ’s or Satan’s? What is this tool of dominion, the Biblically revealed law of God, or the law of self-proclaimed autonomous man? Whose word is sovereign, God’s or man’s?