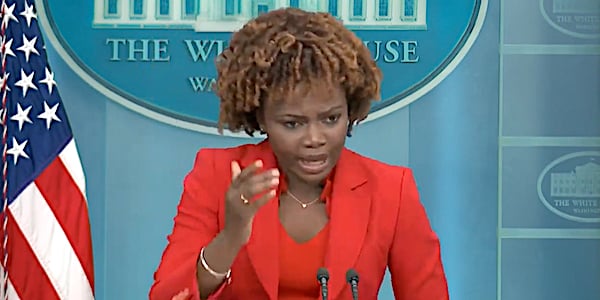 – An existential threat posed by tyrannical despots with nuclear weapons.

– The multimillion-person invasion across our nonexistent southern border and the deadly Communist Chinese fentanyl that has already killed more than 150,000 Americans.

– Vladimir Putin’s preparations in Belarus for a spring offensive against Ukraine.

Because I am a chronic optimist, the column, written as the “Biden classified documents scandal” was raging, closed on a hopeful note:

“The 222 Republicans in the U.S. House of Representatives must not allow the Biden paper chase to distract them from what must be their No. 1 mission: enhancing our national security.”

Reader responses like, “No way in hell before hell freezes over!” and “That will happen when pigs fly!” convinced me to try again. So here goes:

The Biden “classified documents scandal” is worse today than it was last week. We now know documents bearing classified markings have been found in multiple locations, and some date back to his tenure as a U.S. senator. Old Joe and his minions initially attempted to dismiss the findings as “inadvertent” or “mistakes.” Such claims simply cannot be true.

“The most transparent administration in history” is what Mr. Biden promised during his presidential campaign and since. He now asserts, “I care deeply about the proper handling of classified information.” The accumulated evidence indicates those words are false. Suspicion about whether the heretofore “missing” documents may pertain to Biden family corruption is being quietly suggested.

Unfortunately, the “Biden Team” seems to have too few “truth-tellers” in its ranks. Cabinet secretaries and the heads of federal agencies have routinely been called to explain, “What the president meant to say …” But now, they are being called upon to do more than “clarify” or “spin.”

Homeland Security Secretary Alejandro Mayorkas continues to proclaim, “Our southern border is secure.” It’s not. Visual evidence to the contrary is routinely broadcast by Fox News, Newsmax and others.

On Monday, Jan. 23, Energy Secretary Jennifer Granholm appeared in the White House Press Briefing Room for a 15-minute rant against H.R. 21. This House Republican bill would prevent any president from using our nation’s Strategic Petroleum Reserve for political purposes – as Biden did just prior to the midterm elections. Granholm asserted the pain at the pump we still feel is Putin’s fault because “production was down globally because of Russia’s invasion and the pulling of Russian barrels off the market.” Not so.

Nor is her contention that “there is nothing standing in the way of domestic oil and gas production.” In fact, crude oil and refined fuel production began to drop – and prices began to rise – the day Biden took office and began fulfilling his promise, “I guarantee you; we’re going to end fossil fuels.”

These two examples of dissembling by Cabinet secretaries are just the tip of the iceberg of the Biden regime’s deceit. In two weeks, Biden will deliver his State of the Union address to Congress. If past is prologue, this speech has been through multiple iterations for weeks. Every federal Cabinet department and agency has provided input – all it designed to make the administration appear to be doing what needs to be done to make the pursuit of life, liberty and happiness somewhat easier for the American people.

That’s a tough task for the Biden wordsmiths. There is little tangible good news in an honest assessment of where we are in these troubling times or what the executive branch can do about it. That’s why the “Republican response” after Biden’s remarks will be so important. Truth is the antidote to Biden’s lies.