President Biden’s newly confirmed Commerce Secretary, Rhode Island Gov. Gina Raimondo, recently promised the American public that she would keep Chinese telecom giant Huawei on the department’s Entity’s List, the trade blacklist utilized by the Trump Administration to punish Huawei for its alleged ties to the CCP. She made the comment after Sen. Ted Cruz claimed Raimondo told him in private that she couldn’t commit to keeping Huawei on the list. 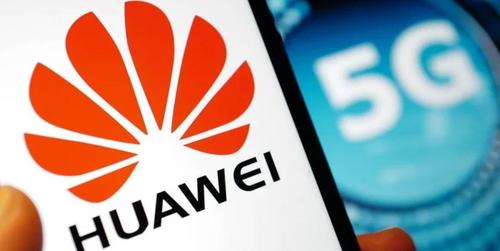 By now, Biden and (more importantly) his family’s ties to Chinese interest have become common knowledge, despite the mainstream media’s best efforts to keep these stories out of public view.

If nothing else, President Trump’s tough-on-China policies have succeeded in punishing some of the worst offenders (when it comes to the threat posed to national security). Huawei has been repeatedly caught red-handed trying to spy on the West and influence policy. And by cutting access to American technology, Trump succeeded in hammering the company’s bottom line. The company’s smartphone sales have plummeted.

The Biden administration has informed some suppliers to China’s Huawei Technologies Co. of tighter conditions on previously approved export licenses, prohibiting items for use in or with 5G devices, according to people familiar with the move.

The 5G ban is effective as of this week, according to the people, who asked not to be identified to discuss nonpublic communications.

The rules create a more explicit prohibition on the export of components like semiconductors, antennas and batteries for Huawei 5G devices, making the ban more uniform among licensees. Some companies had previously received licenses that allowed them to keep shipping components to Huawei that the Chinese company may have then used in 5G equipment, while other companies were already subject to tighter restrictions.

Companies had complained about confusing rules after President Donald Trump’s administration added Huawei to the Entity List, requiring that U.S. firms obtain government licenses if they want to sell American tech and intellectual property to the Chinese telecommunications-equipment giant. U.S. officials had deemed the company a national-security threat.

The Commerce Department told Bloomberg that it couldn’t comment on specific export licenses, but Huawei relies on US semiconductors.

The U.S. Commerce Department’s Bureau of Industry and Security, which oversees the Entity List, said in an emailed statement that it can’t comment on “specific export licensing questions.” The bureau said it “works with its interagency partners to apply consistently the licensing policies set forth in the Export Administration Regulations to protect U.S. national security and foreign policy interests.”

In other Huawei-related news, India is reportedly on the cusp of blocking its mobile carriers from using telecom equipment made by China’s Huawei, two government officials said, under procurement rules due to come into force in June. New Delhi cited security fears as one of the main reasons for barring Huawei from its telecom networks, something the US has advised all governments to do. India happens to be investigating Huawei and fellow Chinese telecom giant ZTE in installing “backdoor” vulnerabilities to spy for the Chinese government.

&Unfortunately, not all of America’s allies have taken this advice.