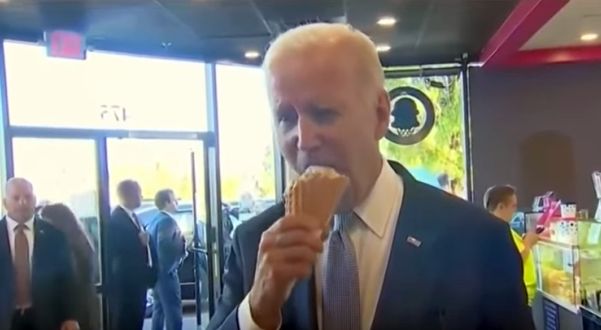 In the White House telling, President Biden knows little, which is exactly what his lawyers want.

In Mexico City last week, when he first addressed the classified material that turned up in a personal office, Biden said he was “surprised” by the discovery, that he was “cooperating fully” with pertinent legal authorities, and that he doesn’t “know what’s in the documents.” His lawyers, the president explained, had suggested he not inquire about their contents.

He also doesn’t know, and does not want to know, what was in the classified documents that were later recovered from his Delaware home – in the garage by his treasured Corvette, and in a “room adjacent” to the garage.

But what in the aforementioned book prohibits the president from knowing? “There’s a process here,” Jean-Pierre replied when RCP followed up. “The process is that when the lawyers found that these documents existed, they reached out to the [National] Archives and also the DOJ.”

Classified material is not at all off-limits to commanders-in-chief. Most begin their mornings with a detailed intelligence briefing that includes information so sensitive that only a handful of Americans are authorized to see it. The ability to handle national secrets, as well as the responsibility to safeguard them, is a presidential job requirement.

Would Biden prefer to remain in blissful ignorance of the documents scandal?

In this case, the decision to remain ignorant is deliberate. “There’s no technical legal impediment” to reviewing the recovered intelligence, explained Norman Eisen, a fellow at the Brookings Institute who served as ethics czar in the Obama White House and later as counsel to House Democrats during the first Trump impeachment. But taking a look at them now, he added, “would be extremely unwise legally.”

“It keeps the president’s recollection clean,” Eisen told RCP, noting that if the special counsel appointed to look into the matter “ever wants to ask him questions, in writing or in person, he’ll be able to say, ‘Look, I don’t know anything about these, I don’t know what was in there.’”

Biden may have a hard time recalling much of anything about those documents. They are nearly a decade old. According to early reports, the classified material is from his time as vice president, and the intelligence relates to matters in Ukraine, Iran, and the United Kingdom, nations all now in the news – and at the forefront of U.S. foreign policy. By deliberately refusing to learn anything about their contents, Biden may avoid conflating the past with the present, ensuring he can be as forthright and cooperative as possible if the Department of Justice comes calling.

In short, Eisen concluded, “it avoids muddying up his witness recollections.”

As the White House braces for the political fallout, even some Democrats are condemning Biden’s apparent sloppiness. “It’s outrageous that he retained these records in the first place, and I can see why he’d want to avoid compounding the problem by looking at classified materials that he’s not supposed to have in his possession,” said Walter Shaub, who served as ethics czar and overlapped with Biden in the Obama White House, adding that the “cover sheet” on the documents should’ve been enough to tell the former vice president “that these records need to go back to the government.”

Shaub told RCP he can understand why a defense attorney or strategist might want to take a closer look at the material to “come up with a defense,” but he found it difficult “to make a case that he has any official need to know what’s in them.”

To administration critics that’s a bunch of malarky. “It is preposterous for Biden to be suggesting that his lawyers think it would be better if he didn’t ask or find out what’s in the documents at this point,” Andrew McCarthy, a writer at National Review who previously served as an assistant U.S. Attorney for the Southern District of New York, told RCP.

The legal argument for designed oblivion has more to do with shielding Biden from political repercussions in this case than actual accountability, according to McCarthy. A politician can insulate himself in legalese, he wrote in a recent column, by pointing to legal proceedings, and dodge questions about the controversy on the basis that they are simply following the advice of their counsel.

Biden isn’t litigating a parking ticket, though. If he chooses not review the improperly stored classified material, McCarthy said, “it would be a case of his putting his narrow personal interests as the subject of a criminal investigation over his public duties.”

“The president is responsible for national security. If there has been a breach involving top secret info that could cause a profound security threat if it falls into the wrong hands, Biden is the main official in the government responsible for dealing with that,” McCarthy continued. “How could he conceivably, responsibly deal with it if he doesn’t inform himself about exactly what secrets may have been compromised?”

The White House has not yet answered this concern. John Kirby, the administration spokesman for national security, told reporters last week it was “a question for the Justice Department because they are conducting a review now.”

Republicans in Congress have already requested the intelligence community conduct “a damage assessment” of the effect of improperly stored documents on national security. “Hopefully, our intel guys can get a look at those,” Rep. Mark Green, the chairman of the House Homeland Defense Committee, told RCP, “and let us know just the harm that’s been potentially caused to the country.”

It isn’t just a partisan concern. “I don’t think we can exclude the possibility without knowing more of the facts,” Rep. Adam Schiff said when asked if the improper handling of classified documents jeopardized national security.

“We have asked for an assessment in the intelligence community of the Mar-a-Lago documents,” the California Democrat told ABC News, referring to documents the former president had in his possession at his Florida estate. I think we ought to get that same assessment of the documents found in the [Penn Biden Center] as well as the home of President Biden.”

There is a sense of urgency given that some of the classified material, according to early reports, included top-secret files with the “sensitive compartmented information” designation, also known as SCI, which is used for highly sensitive information obtained from intelligence sources.

“The sources of U.S. intel could be compromised,” warned Richard Painter, who served as the chief ethics lawyer for former President George W. Bush, “which also poses a personal danger for those sources unless immediate action is taken.”

“His primary responsibility is to protect our country and that means that he must be aware of any national security breach, whether or not he himself or his staff may have contributed to that breach,” Painter told RCP. “Depending on which classified documents may have been compromised, he needs to take appropriate action to protect our national interests.”

While Painter isn’t sympathetic to arguments that Biden needs to remain out of the loop, calling them “absolute nonsense,” he did raise another option. “The president need not himself ask what was in the documents,” Painter said, “but someone in the national security team should review all of the documents ASAP and then inform the president ASAP as to what was in them.”

Eisen suggests that this is precisely what the Department of Justice and FBI are already doing. “When you have the special counsel looking at it, when you undoubtedly have the intelligence community doing an intelligence review,” he said. “there’s no need for the president to have that knowledge.”

He was careful to note, however, that his analysis was based on current facts. If there is something in those documents so critical to national security that it requires a decision by the president himself, Biden should “certainly” be appraised of the situation.

Plenty of lawyers and more than a fair share of pundits have weighed in on the situation in real time, speculating on cable news before all the details came to light. Lanny Davis can commiserate. Special counsel to former President Bill Clinton and a spokesman at the time on ethics issues, Davis told RCP that the deluge of criticism “used to irritate me beyond description” because outside opinions seemed inversely fervent to known facts during his time in the White House.

Taking special care to qualify his opinion as an outsider, he said that “a political imperative is for Biden to be transparent, immediately, even if he doesn’t know everything.”

The current White House will insist that they are doing exactly that, even if the president, on the advice of his legal counsel, is deliberately keeping himself oblivious to the content of materials found in his personal office and in his garage and in the room adjacent to his garage.

This article was originally published by RealClearPolitics and made available via RealClearWire.


EDITOR’S NOTE: What is behind the current war against America’s children? Why are so many adults killing their unborn children right up to the moment of birth, or even after? Why are millions of kids sexualized virtually from birth, and injected with an experimental “vaccine” proven to be both ineffective and dangerous, then as toddlers transported to events glorifying mentally ill, demonically possessed men dressed as women?