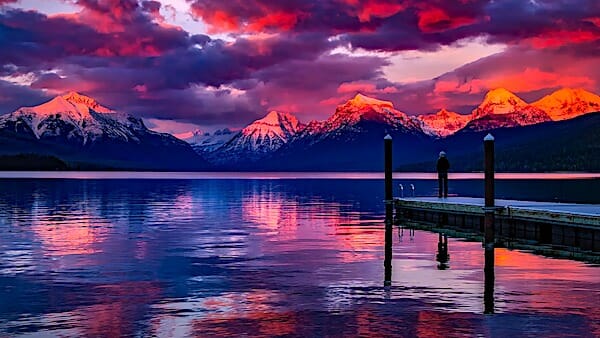 The Biden administration is jeopardizing funding for National Parks by restricting federal oil and gas leasing as leasing royalties provide significant sums of money to fund conservation efforts, according to the Western Energy Alliance.

The Great American Outdoors Act (GAOA), which was signed into law in August 2020, funds national park infrastructure and maintenance projects by taxing oil and natural gas developments on federal lands and waters, according to the Interior Department. Although 94% of the total $2.8 billion in annual conservation funding under the GAOA is provided by oil and gas royalties, the Biden administration has continuously limited oil and gas leasing, according to a report produced by the Western Energy Alliance, a trade group.

TRENDING: Democrats fear Trump so much they want to block his White House run

“We have an administration pursuing energy ‘transition’ policies not based in reality, so it’s inevitable that they likewise don’t understand the consequences of those policies,” Kathleen Sgamma, president of the Western Energy Alliance, told the Daily Caller News Foundation. “Just as the energy sources they favor result in a scarcity of energy, so too would they result in a lack of economic output, in this case, conservation funding.”

Roughly $4.4 billion in onshore energy revenues were made available for the maintenance program in 2021, with oil and gas developments accounting for $4 billion of that sum, according to the Interior’s Office of Natural Resources Revenue. Meanwhile, nearly $4.3 billion in offshore royalty revenues were made available under GAOA in 2021 with oil and gas responsible for roughly all of the funding.

Is the Biden administration pursuing policies not based in reality?

Biden promised on Nov. 6 that there would be “no more drilling” and stated that he hadn’t authorized any new drilling during his time in office during a speech he gave in New York.

The Interior Department has issued the fewest acres of federal land for oil and gas drilling since the 1940s during Biden’s first 19 months in office, according to a Wall Street Journal analysis. Biden ordered the department to suspend all new federal oil and gas leases during his second week in office after vowing to ban new drilling on public lands during his campaign.

The White House and Interior Department did not immediately respond to the Daily Caller News Foundation’s request for comment.