Controversy has erupted following Elon Musk’s Wednesday afternoon tweet announcing that Tesla would suspend accepting Bitcoin for purchases, citing concerns over “rapidly increasing use of fossil fuels for Bitcoin mining and transactions, especially coal, which has the worst emissions of any fuel.” 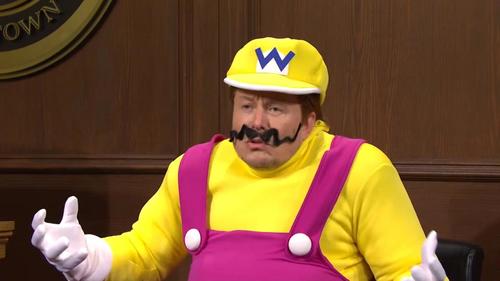 What followed, according to Bloomberg, was anger and confusion – along with some harsh pushback from crypto experts and fellow billionaires alike, who dismantled Musk’s argument.

Billionaire Mark Cuban replied to Musk’s tweet, saying “We know that replacing gold as a store of value will help the environment,” and adding that “We at http://Mavs.com will continue to accept BTC/Eth/Doge.”

Crypto entrepreneur Anthony Pompliano killed two birds with one stone – debunking both Musk and CNBC‘s Andrew Ross Sorkin over the type of energy used to mine digital currencies. According to two sources cited by Pompliano, 75% of the electricity used to mine Crypto comes from renewables.

Elon … you realize that 75% of miners use renewable energy, right?

This energy story has been debunked over and over again.

On Sunday, Sorkin wrote that Bill Gates told him “Bitcoin uses more electricity per transaction than any other method known to mankind, and so it’s not a great climate thing,” and that ” annual carbon emissions from the electricity required to mine Bitcoin and process its transactions are equal to the amount emitted by all of New Zealand. Or Argentina.”

Unfortunately this is inaccurate. The whole “bitcoin is bad for the environment” has been debunked many times.

No, that is inaccurate. It is what is true right now. Majority of the miners run on renewable energy.

What part of majority of the tens of millions of mining rigs running on renewable power is not “at scale?”

Square, ARK, and others have published report after report on this.

He isn’t selling because of this inaccurate energy narrative.

The billionaire Winklevoss twins echoed Pompliano’s stance, with Cameron Winklevoss suggesting that Musk would change his position once he realizes that Bitcoin mining “is actually pushing the renewable energy industry forward,” while his brother Tyler suggested that people buy the fucking dip (BTFD).

Retail traders were also pissed, according to Bloomberg:

Musk’s unexpected shift annoyed many new retail traders who have been encouraged over the past few months by the growing mainstream acceptance of Bitcoin by big firms, including Tesla — at least until Wednesday evening. And it prompted speculation over his involvement in markets.

“Selfish and callous.” That’s how Oluwafisayo Williams, a 32-year-old doctor from Sheffield, U.K., described Musk’s change of heart. Williams started aggressively investing in cryptocurrencies earlier this year. He smells something “fishy” at worst and hypocritical at least.

“If Bitcoin is bad for the environment, we should ask Elon about the carbon footprint of his SpaceX rocket,” Williams wrote in a message. “I don’t think Elon spent time studying Bitcoin. It’s either that or he is exploiting his power to control the market.” -Bloomberg

Bloomberg also notes that Tesla’s first-quarter earnings were significantly boosted by the sale of 10% of its Bitcoin holdings after the company disclosed in February that it had invested $1.5 billion in the cryptocurrency. Musk explained the sale as a demonstration of the digital coin’s liquidity, and that he’s retained his personal investment.

According to crypto bulls, this dip should be bought. “This may be the selloff that sets Bitcoin up for new all-time highs,” said Dave Grider of Fundstrat Global Advisors.

Billionaire crypto bull Mike Novogratz encouraged his followers to scoop up more bitcoin, suggesting that Musk is just trying to raise awareness over energy production and encourage a shift towards green energy.

It seems that Musk has some more explaining to do. Following the backlash, on Thursday he provided a useless chart on Bitcoin’s energy usage trend without addressing any pushback over the fact that most crypto is mined using renewable energy.