A year later, the billionaire warned “investing in UST bonds (and most financial assets) has become stupid.”

And last month, the founder of the world’s largest hedge fund warned that the “United States could become perceived as a place that is inhospitable to capitalism and capitalists” under the Democrats and his firm got behind bitcoin as a storehold of wealth.

So, no cash; no bonds; buy gold, buy bitcoin… and now  Bridgewater’s co-chief investment officer Greg Jensen warned investors that parts of the U.S. equity market are in a bubble, but shorting too early is the “easiest place to die” for an investor. 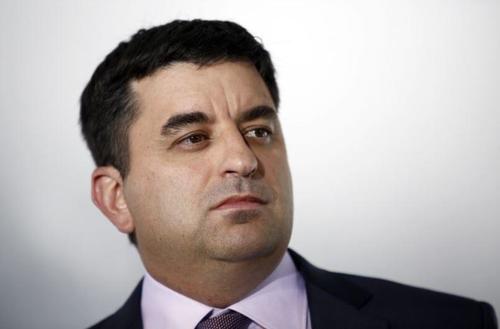 Jensen joined Bloomberg’s “What Goes Up” podcast to discuss this week’s Federal Reserve meeting and how ample liquidity from the central bank, combined with a booming economic rebound, make conditions ripe for markets to get more bubbly.

Q. Bubbles are a very strange phenomenon because the risk-reward relationship is so interesting. It almost seems that as an investor, you have to participate in bubbles. Because if you think it’s a bubble too early, you really miss the best returns from them. How do you know when it’s time to get out of an overvalued market?

A: All along through Bridgewater’s history we’ve been systematic. So we’ve taken the kind of discussion we’re having now — a very qualitative view of the world — but translated into ways to measure it. So you take something like a bubble, right? A classic qualitative thing. What do you mean by bubble? How do you measure that it’s a bubble? Is it enough to say prices are high relative to history, or what’s the actual measure? And then how reliable is it?

And we have six gauges of a bubble that we use all over the world. Then you could apply it to cryptocurrency. You can apply it to anything you wanted in the world to stocks, to bonds to anything. Our basic scoreboard is: Are prices high relative to traditional measures? Are prices discounting unsustainable conditions?

So, as an example today, there’s something like 10% of stocks that are pricing in more than 20% revenue growth and margin expansion. If you look at history, 2% of stocks actually achieved that. That’s an extremely hard thing to do.

Q: That’s not counting the base effects from last year, right?

A: No. I’m talking about ongoing growth rates without the base effect. It doesn’t happen. That’s very, very unlikely to happen. Potentially with inflation or something you might, but in a normal kind of forward-looking picture, you don’t get that. So that’s an example of discounting unsustainable conditions. They can’t, as a group, actually achieve that condition.

The third thing is new buyers entering the market. How many new buyers are there? How big a part of the market are they? There’s the broad sentiment measures. There’s purchases being financed by leverage and buyers and businesses sort of making extended forward purchases. That’s all part of our checklist for a bubble. And you see today a fair amount of the equity market in the U.S. in a bubble, but not the aggregate.

There are definitely pockets that meet those standards and that’s dangerous. And then, like you said, what do you want to do, buy or sell them? Well, that’s a whole other dangerous thing.

And that’s where, when we had a drawdown in 2000-2001 associated with the bubble — both the dollar and the equity market and how that was playing out at the time — that really forced us to get into flows, which is basically how we measure bubbles today. Where’s the money coming from? Who are the buyers and sellers? What are their balance sheets? How much more money can they put into this bubble versus how much income they’re getting and when does that start to flip? And so for us, that process of being able to look at the balance sheets of the buyers and sellers and think about when they’ve been stretched to an extreme — where they won’t have the money, where there’s more supply coming than possible demand.”

So you look at the IPO pipeline, you look at the creation of new instruments, how fast those balance sheets are growing. And that’s how we try to measure that criss-cross. And it’s still a very, very dangerous game, like you’re saying.

So the third part is be careful and be conservative in your thinking around the ability to time those things, because that’s kind of the easiest place to die in asset prices is trying to be short a bubble too early.