A CARFAX spokesperson warned this week that a couple of hundred thousand used cars from the Tri-state area and Gulf Coast states are about to hit the market, and there’s a risk many of them are flood-damaged from Hurricane Ida.

“Our data suggest that unsuspecting buyers everywhere are at risk of winding up with a previously flooded car,” said Chris Basso, CARFAX spokesperson. 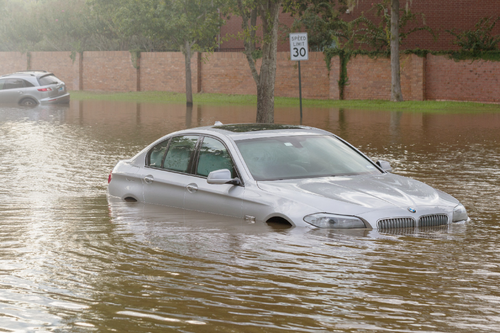 “The real danger is that these cars may look fine and run well for a while, but sooner rather than later major problems are likely to occur. Flooded cars literally rot from the inside out and the damage is often difficult for untrained eyes to detect,” Basso said.

CARFAX data estimates as many as 212,000 flood-damaged cars from New York City, New Jersey, and Louisiana are likely to be hitting the market. Some of these could be sold by con men and mispresented.

“Con men look for opportunities to clean up flooded cars and move them to areas where flooding is less prominent and where consumers are less likely to look for flood damage on the car they’re buying,” said Basso.

The timing of flood-damaged cars hitting the market comes as the Manheim U.S. Used Vehicle Value Index, a measure of wholesale used cars, increased 3.6% in the first 15 days of September compared with the same period last month, again back near all-time highs. Used car prices are likely to remain elevated this fall due to snarled supply chains and a shortage of materials (such as semiconductors) for new car production, which pushed dealer inventories to all-time lows…

More and more people are purchasing cars on the secondary market instead of new ones because of limited inventory, making them susceptible to owning a lemon.

CARFAX told potential buyers of used cars to check the seven signs of a flooded car: