By Clarisssas Hawes of FreightWaves

Hundreds of small-business truckers who use CoreFund Capital to factor their accounts receivable are struggling to stay afloat after the Weatherford, Texas-based company abruptly closed its doors 10 days ago and fired its entire staff over a legal spat between two brothers. 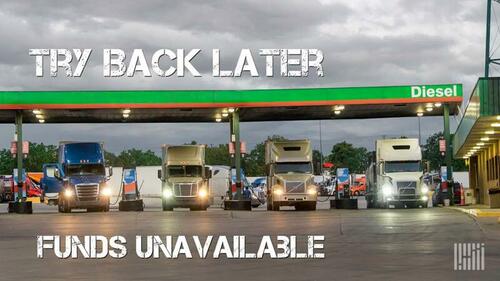 Attorneys, rival factoring companies and brokerages have received numerous calls from some of CoreFund’s approximately 350 trucking clients, including many owner-operators, who are desperate for answers and may be forced to close their doors if they can’t pay their drivers or purchase fuel.

Tony Ginevra, director of operations for Florida-based John J. Jerue Truck Broker, works with a network of 50,000 trucking companies, including 140 carriers in his database that factor their receivables through CoreFund Capital. He’s concerned about not being able to pay these carriers since he’s had no communication with any of CoreFund’s executives.

“I had a carrier trying to get us to pay him directly — he’s called me a dozen times today — but there’s nothing we can do until we have a notice of assignment from CoreFund that this trucking company has gone to them for funding and CoreFund sends us an invoice, which we will pay the same day,” Ginevra told FreightWaves. “I feel for these guys because many are living load to load right now, but we legally can’t pay the carriers directly because we have to pay CoreFund first.”

Brokerages and factoring companies say they are powerless to help the truckers until CoreFund releases the UCC-1 (Uniform Commercial Code) liens filed by the factoring company against carriers’ assets. Also needed is a revocation of a notice of assignment that is sent to the truckers’ customers instructing them to make a payment to CoreFund, which in turn pays them.

Receiver to the rescue?

Some brokerages and other factoring companies say the newly appointed receiver may be crucial.

“I spoke to a carrier yesterday out of New York that submitted three invoices to CoreFund last week and no one responded to her so she’s stuck in limbo,” Ashley Dellinger, vice president of sales and marketing of Utah-based Express Freight Finance, told FreightWaves. “We’re hoping the receiver that’s appointed will be able to get them released from CoreFund because until then, we can’t help them.”

Late Thursday, Jason Medley, partner with law firm Spencer Fane in its Houston office, notified some of the affected trucking companies and factoring companies that the judge appointing a receiver is a positive step.

“This means that the receiver is able to act on behalf of CoreFund to release the UCC1s and notices of assignment and make payout arrangements,” Medley said via email. “While the effect is not immediate — the receiver still needs to officially step into the process by paying a bond, etc. — the court’s order moves us much closer to addressing the needs of CoreFund’s factoring customers.”

The International Factoring Association is one of Medley’s clients. He currently represents about 50 trucking companies and said the number is “climbing every minute.”

Prior to the judge appointing a receiver, Medley had a chance to speak at Wednesday’s hearing regarding a civil lawsuit filed by CoreFund Capital, which seeks a restraining order and temporary injunction, as well as application for appointment of an attorney for trust beneficiaries against Frost Bank, TBK Bank, Chris Wakefield and Meir “Shim” Sacks.

“I told the judge that when elephants fight, the whole world shakes,” Medley told FreightWaves. “Whatever prompted this lawsuit led to a shutdown of their operations so CoreFund can’t get money from its lenders and it can’t lend money to its truckers. These truckers need to leave CoreFund now.”

In the meantime, Medley said his firm was working to contact the receiver to “expedite the process as much as possible.”

What we know about the Sacks brothers’ feud

According to court documents, Meir “Shim” Sacks founded CoreFund Capital in 2014. CoreFund is a wholly owned subsidiary of GMA Fund LLC, the holding company for the Shim Sacks Family Legacy Trust, which he created in October 2014.

As part of the original trust, Shim Sacks granted special power of appointment to his brother, Yaakov “Jacob” Sacks.

According to court filings, Jacob Sacks “exercised this special power of appointment he holds” under the original trust and transferred the trust’s assets, including the holding company that owns CoreFund, to a new trust he created, the Sacks Family Grandchildren’s Trust, on July 12.

It’s unclear why Jacob Sacks created the new trust. The law firm representing him and CoreFund, Warren Fonville of Fort Worth, Texas, did not respond to FreightWaves’ request seeking comment.

As of publication, FreightWaves’ calls to Jacob Sacks, Shim Sacks and Chris Wakefield, listed as the chief of staff of CoreFund, also had not been returned.

CoreFund executives have not issued a statement about the factoring company’s future. However, former employees with access to CoreFund’s Facebook account have been posting updates to its panicking trucking customers since no one has responded to their calls or emails.

Todd Waller, former business development officer at CoreFund Capital, was among those fired. He issued the following statement about the factoring company’s ongoing lawsuit on LinkedIn.

“Our staff is hurting and struggling with this as we were completely blindsided,” Waller wrote. “Additionally, we are saddened and sickened by how this is impacting our clients who we consider family and we are legally unable to do anything to help as they struggle to stay in business.”