Case-Shiller Home Prices Soared By Record In April, But… 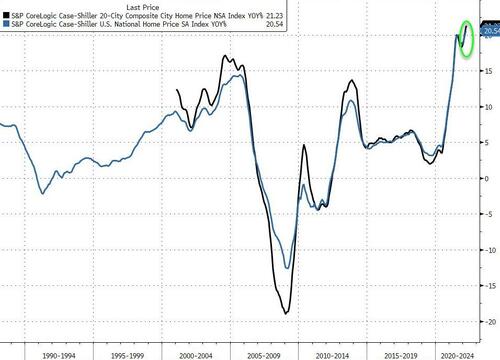 “Despite the deceleration of the National Composite and the modest acceleration for the 10- and 20-City Composites, these growth rates are extremely strong by historical standards – at or above the 99th percentile in all three cases.”

BUT… as a reminder, the Case-Shiller data is lagged and smoothed, so things likely got a lot more ‘complicated’ since this April data as mortgage rates spiked and mortgage applications collapsed… 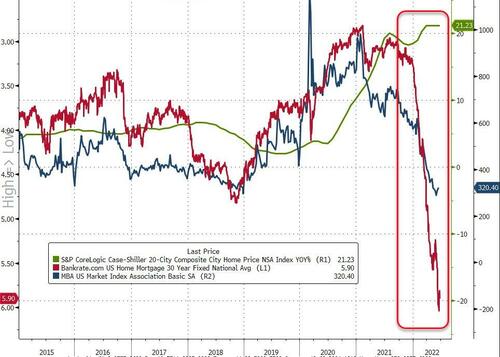 “In contrast with the past five months, when prices in most cities accelerated, in April only nine cities saw prices rise faster than they had done in March,” he said.

“There’s a regional pattern among the nine, as all five cities in our South composite (Atlanta, Charlotte, Dallas, Miami, and Tampa) are represented there.”

Maybe it is time for Mr.Powell to get back to work after all. This is not the less-flation he is hoping for.