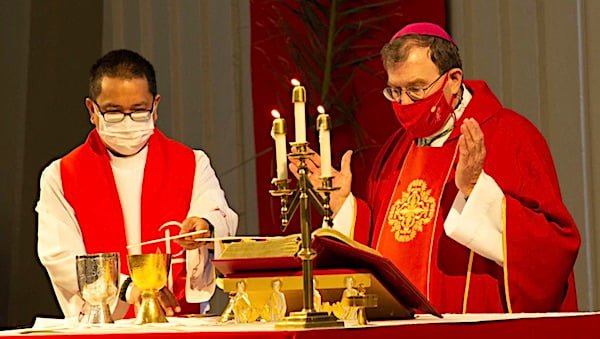 Bishop Neal Buckon, vicar of the western half of the United States for the Archdiocese of the Military Services, celebrates Mass March 28, 2021, with Marines and sailors of the Catholic parish during a Palm Sunday service at the Immaculate Heart of Mary Catholic Chapel at Marine Corps Air Ground Combat Center, Twentynine Palms, California. (U.S. Marine Corps photo by Gunnery Sgt. Jeffrey Caraway)

(THE COLLEGE FIX) — Chatfield College in Ohio, “which operated for five decades as a two-year Roman Catholic college” is transforming itself into a full-time nonprofit student services center, Inside Higher Ed reported September 13.

Fall 2022 will be Chatfield College’s final academic semester, according to a college news release.

The new institution will be called Chatfield Edge, according to the release. It will help students prepare for college and careers through counseling, college application assistance, mentorship and scholarships, as well as basic skills such as interview prep and budgeting.