As far as we know, President Xi has suspended his “common prosperity” crackdown on China’s biggest tech companies. And now, investors will be watching closely to see how the CCP reconciles collapsing domestic markets (hammered by its brutal lockdowns in Shanghai and other cities, and also by the weakening yuan which has revived fears about inflation and a domestic debt death-spiral) with its hopes to promote stability.

Bloomberg reports that China’s top tech-sector regulator, the Cyberspace Administration of China, will join the Chinese People’s Political Consultative Conference and business executives including Baidu founder Robin Li, as they plan to host a forum next week with some of the nation’s largest private-sector firms (including, as we mentioned, Baidu) in an event that will be closely scrutinized by investors as they look for indications about whether Beijing is planning to dial back its stimulus. 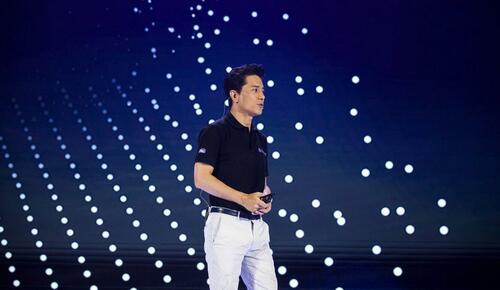 Although officially the conference is focused on the broader theme of developing China’s digital economy, investors will likely watch for signs of whether Beijing intends to wind down its year-long crackdown on the tech sector.

Sentiment toward the industry has swung wildly in recent weeks, with companies from Tencent to Jack Ma’s Alibaba surging April 29 after China’s top leaders issued a sweeping set of pledges to boost economic stimulus.

To be sure, it’s unclear whether next week’s forum will trigger policy changes or easing, the people said. The timing could also shift, given the difficulty of organizing a major conference while cities from Beijing to Shanghai grapple with shifting COVID lockdowns. Delegates will attend virtually as well as in person, depending on role and location. Representatives for Baidu didn’t respond to requests for comment, while calls to the CPPCC’s news office weren’t returned.

As we noted last year, this would be welcome news after a brutal 2021 that saw Beijing curb gaming time for minors, outlawed profits in swaths of the online education sector, forced companies from Alibaba and Meituan to – most infamously – Didi to make serious changes to their business or face serious punishments in a sector that had enjoyed mostly unfettered freedoms for years.