The Young Turks host Cenk Uygur went on a bizarre, angry rant during which he suggested that Joe Rogan’s “hatred” for transgender people is driven by the fact he has had sex with them. 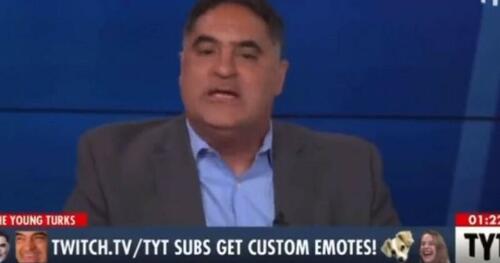 Uygur was responding to Rogan pushing back against attempts to ban the word “groomer” on social media, a pejorative term for leftists, particularly those with LGBT proclivities, who attempt to expose children to information about sexual identities at a young age.

The podcast host claimed that educators who are members of the LGBT community are “indoctrinating” young people “for their own sexual pleasure” and questioned the real motive behind attempting to censor the word “groomer”.

Uygur responded by launching a campaign to find transgender people who had slept with Rogan, claiming that his discussion of trans issues was some kind of sexual hang-up.

Cenk Uygur is on a hunt for trans people that he is fantasizing had sex with Joe Rogan, and urging these trans people to contact Cenk and tell him all about it: pic.twitter.com/y0ODFvVwuZ

“By the way, if you’re the trans person or several people that slept with Joe Rogan, can you let us know? Because it’s obvious that it’s personal with him,” ranted Uygur.

The clip went viral on Twitter, with many people making fun of the Young Turks host.

“Cenk is just embarrassing himself at this point,” wrote one.

“This is a transparently desperate attempt to get Joe Rogan to mention TYT on his JRE podcast. Cenk gonna Cenk,” said another.

“It’s terrifying that anyone takes this man seriously,” added another.

“That might be the woke straw that breaks society’s camel’s back,” he said. “Women are so frustrated because if you – or parents if your daughter is competing and they’re competing against trans women, it’s not fair.”