Psychedelic drugs have been a hot topic in the financial press this week. Between the hallucinatory experiences of a German billionaire, and the market debut of ‘magic mushroom’ company MindMed eliciting talk of a “shroom boom”, most of that coverage has been refreshingly positive. But that changed Tuesday morning when Bloomberg reported that the CEO of a $2 billion startup has been unceremoniously fired for “microdosing” with LSD at work.

The board of Marketing startup Iterable dismissed the CEO, Justin Zhu, for taking LSD before a meeting back in 2019. Zhu told Bloomberg he had “experimented” by taking a small amount of the drug (a practice known as “microdosing”) in an attempt to boost his focus. Looking back, he probably should have kept this information to himself. 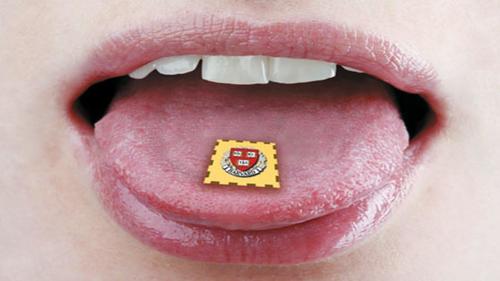 Because in an email to staff, co-founder Andrew Boni said Zhu’s dismissal was over unspecified violations of “Iterable’s Employee Handbook, policies and values.”

As a result, the board replaced Zhu with Boni, who will take over as CEO, according to Bloomberg’s sources. A spokeswoman for the San Francisco-based company didn’t respond to calls for comment.

But in a note obtained by Bloomberg, Boni attacked his former partner, writing that Zhu’s “behavior also undermined the board’s confidence in Justin’s ability to lead the company going forward…” While he praised Zhu as a “world-class innovator and creative thinker” whose “vision, creativity and passion will remain a core part of our culture”, Boni said Zhu’s cavalier abuse of drugs on the job was too much for the board to overlook.

LSD has been growing in popularity among the startup set ever since the late Apple co-founder Steve Jobs told his biographer that “taking LSD was a profound experience, one of the most important things in my life.” The FDA is currently trying to assess whether MDMA, known on the street as “ecstasy”, can be used to effectively treat PTSD.

Iterable was founded in 2013 and has grown quickly, attracting customers such as DoorDash and Zillow. The firm’s backers include Index Ventures, Charles River Ventures and Viking Global Investors. According to Pitchbook, Iterable is valued at $2 billion.

We suspect Zhu will depart with a golden parachute, leaving him plenty of space for self-exploration…or listening to old Grateful Dead bootlegs…before starting his search for a new gig.