A strange narrative of “defeated inflation” is circulating in the mainstream in the wake of the Federal Reserve’s recent 75bps interest rate hike, but we’ve seen this kind of false optimism from the Fed and the media before.  Economists calling for a deflationary reaction might be holding their breath for a while as price inflation continues to climb for many months to come.  This consequence is reinforced by the decline in foreign investment in US Treasury bonds.

Higher interest rates and the promise of increasing yields have not been enough to lure outside investors into treasury markets, with treasuries now facing the worst bond market collapse in half a century.  With the yield curve inverting once again, long term bonds are coming under scrutiny and the question now is:  How will the US government pay off its exponential debts without ongoing stimulus from the Fed and an ever increasing balance sheet? 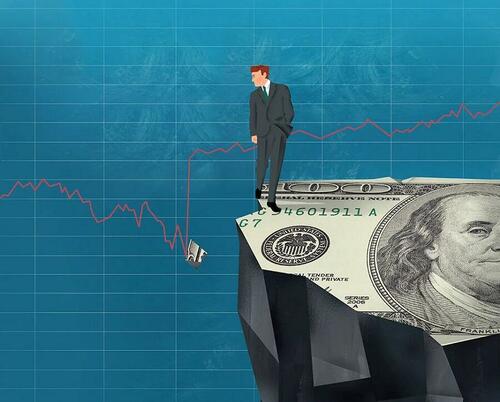 This uncertainty has led China to dump US Treasuries to the lowest level in 12 years, and Japan, once a stalwart pillar of US investment, is cutting their holdings as well.  Arguments can be made that this is part of molding currency markets to artificially increase or decrease exchange rates, but regardless of the reason, the decline in US treasuries along with the ongoing decline in the US dollar as the world reserve currency leads to one thing:  More inflation.

Overseas dollar holdings are in the tens of trillions.  Estimates suggest that around 60% to 75% of all dollars are held in overseas coffers for use in international trade.  Failing US bonds indicate a trend towards a decline in dollar usage.  The end result would eventually be the reverse flow of dollars back into the US, causing even more inflation than we already have.

The Fed’s 75bps rate hike is a drop in the bucket compared to what will be needed to slow the inflationary/stagflationary crisis.  Yield curve inversions can be a sign of coming recession, but not necessarily an end to price inflation.  Yet, mainstream economists are already predicting deflation back to balance?  This seems to be another disinformation campaign much like the “inflation is transitory” narrative of the past two years, which even Janet Yellen now admits was utterly wrong.  The reaction of foreign creditors does not suggest an end to inflation; in fact, it indicates the opposite.