China called the U.S. Navy’s latest sail of a warship through the Taiwan Strait the region’s most significant security “risk creator.” The narrow waterway that separates Taiwan from China is a highly contested region.

“The ship’s transit through the Taiwan Strait demonstrates the U.S. commitment to a free and open Indo-Pacific,” the U.S. 7th Fleet Public Affairs added.

However, the warship’s transit was not well received by China. The People’s Liberation Army’s Eastern Theatre Command said it closely monitored the vessel as it sailed through the strait.

“The U.S. side is intentionally playing the same old tricks and creating trouble and disrupting things in the Taiwan Strait,” said PLA Eastern Theater Command. This “fully shows that the United States is the greatest creator of risks for regional security, and we are resolutely opposed to this.”

Elsewhere in the Asia Pacific, as the great power competition between China and the U.S. continues to excite geopolitical watchers, the Ronald Reagan Carrier Strike Group entered the South China Sea, a heavily contested body of water, last week. 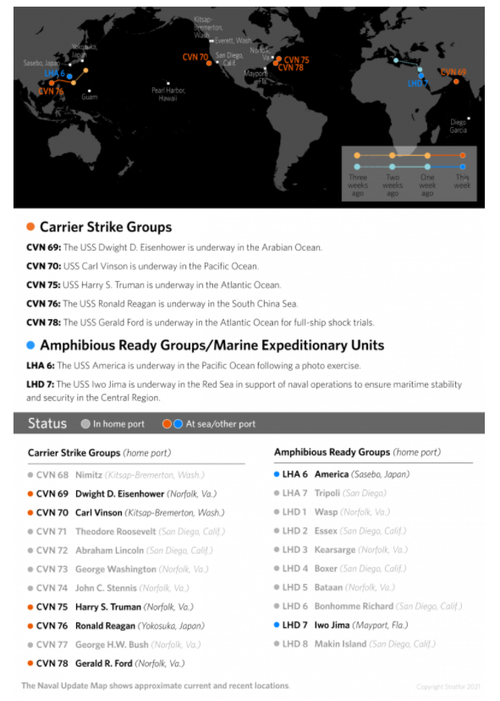 Notably, in a seemingly unrelated event, Russia is conducting one of its largest Pacific military drills since the end of the Cold War, a few hundred miles off Hawaii’s coast. At least 20 warships, submarines, fighter jets, and long-range bombers simulated sinking an aircraft carrier.

The Indo-Pacific region is an area to monitor as global superpowers conduct transits, drills, and stake their claim in highly disputed waters.