China Is Trying To Break Up The Five Eyes Intelligence Network

Authored by Con Coughlin via The Gatestone Institute,

China is making a deliberate attempt to create divisions within the elite “Five Eyes” intelligence-sharing alliance by forging closer relations with the left-wing government of New Zealand premier Jacinda Ardern. 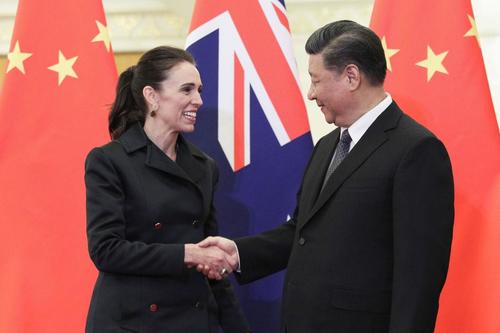 The Five Eyes alliance, comprising the US, Canada, Britain, Australia and New Zealand, dates back to the Second World War, when a number of key allies decided to share intelligence in their bid to defeat Nazi Germany and Japan.

Today, maintaining intelligence-sharing cooperation between the five Anglophone nations is deemed essential to combating the threat posed by autocratic states, such as Russia and Communist China.

The survival of the alliance in its current form, though, is under threat after Ms Ardern’s administration announced that it was making improved trade relations with Beijing its priority, rather than maintaining its support for Five Eyes.

Announcing the decision to seek improved trade ties with Beijing earlier this month, Nanaia Mahuta, New Zealand’s foreign minister, declared that her country was “uncomfortable” with the Five Eyes alliance pressuring China over its appalling human rights record, and wanted instead to pursue its own bilateral relationship.

Ms Mahuta, 50, was responding to a decision taken last year by the defence ministers of Britain, America, Canada, Australia and New Zealand to endorse an expanded role for the alliance, with a public commitment not only to meet shared security challenges but “to advance their shared values of democracy, freedom and respect for human rights”.

In this context, the alliance has issued communiqués criticising China’s brutal suppression of the pro-democracy movement in Hong Kong, as well as Beijing’s repression of its Uyghur Muslim minority.

The statement prompted a fierce response from Beijing, which warned the alliance against involving itself in Hong Kong’s affairs.

“No matter if they have five eyes or ten eyes, as soon as they dare to harm China’s sovereignty, security or development interests, they should be careful lest their eyes be poked blind.”

On the other hand, China praised Ms Mahuta and played up possible cracks in the Five Eyes’ bond. The Global Times, a Communist Party mouthpiece, wrote:

“In sharp contrast with Australia, which tied itself to the U.S.’ chariot, New Zealand has maintained a relatively independent approach on foreign policies, paving the way for the country to pursue policies that benefit its own economy and citizens.”

Despite signing up to the new Five Eyes diplomatic initiative, New Zealand, which relies heavily on its trade links with Beijing, has now decided that it no longer wants to support the Five Eyes initiative, and wants instead to pursue its own dialogue with China’s communist rulers.

“It’s a matter that we have raised with Five Eyes partners, that we are uncomfortable with expanding the remit of the Five Eyes relationship, that we would much rather prefer looking for multilateral opportunities to express our interests on a number of issues,” explained Ms Mahuta in address to the New Zealand China Council on April 19.

New Zealand’s naive approach to the threat posed by Beijing not only poses a threat to the future of the alliance itself. There is a distinct possibility that Wellington could find itself being expelled from the alliance over its pro-Beijing stance.

New Zealand, whose geographical location makes it an ideal listening post for the Pacific region, has long been regarded as the weak link in the alliance. In 2003, its access to intelligence was down-graded after Helen Clark, the country’s then left-wing Labour prime minister, opposed the Iraq war.

The restrictions placed on New Zealand were eventually lifted when Barack Obama became president. The country, however, now faces having its status reviewed again, especially as its latest effort to cosy up to Beijing has infuriated neighbouring Australia, which is in the midst of an increasingly bitter trade war with Beijing.

As a senior Western intelligence official recently commented about New Zealand’s continued membership of the alliance, the country was now “on the edge of viability as a member” of the alliance because of its “supine” attitude to China and its “compromised political system”.

New Zealand’s socialist government may believe that it is a good idea to throw in their lot with China’s communist rulers. But by doing so, they risk sacrificing their future to domination by China’s despots.