Chinese and other Asian cuisines are highly associated with the consumption of rice as a part of many meals. It may therefore come as a surprise that China today is actually producing more corn than rice. 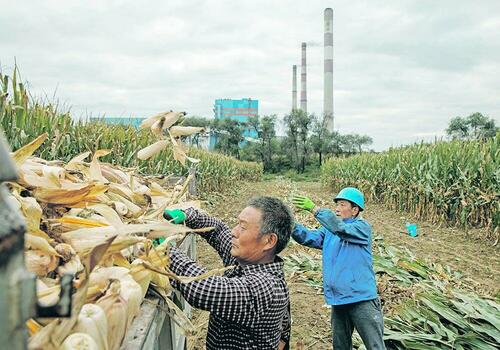 As Statista’s Katharina Buchholz reports, in 2021, the country primary cereal production consisted of 43 percent corn and 34 percent rice, as data from the Food and Agriculture Organization shows. 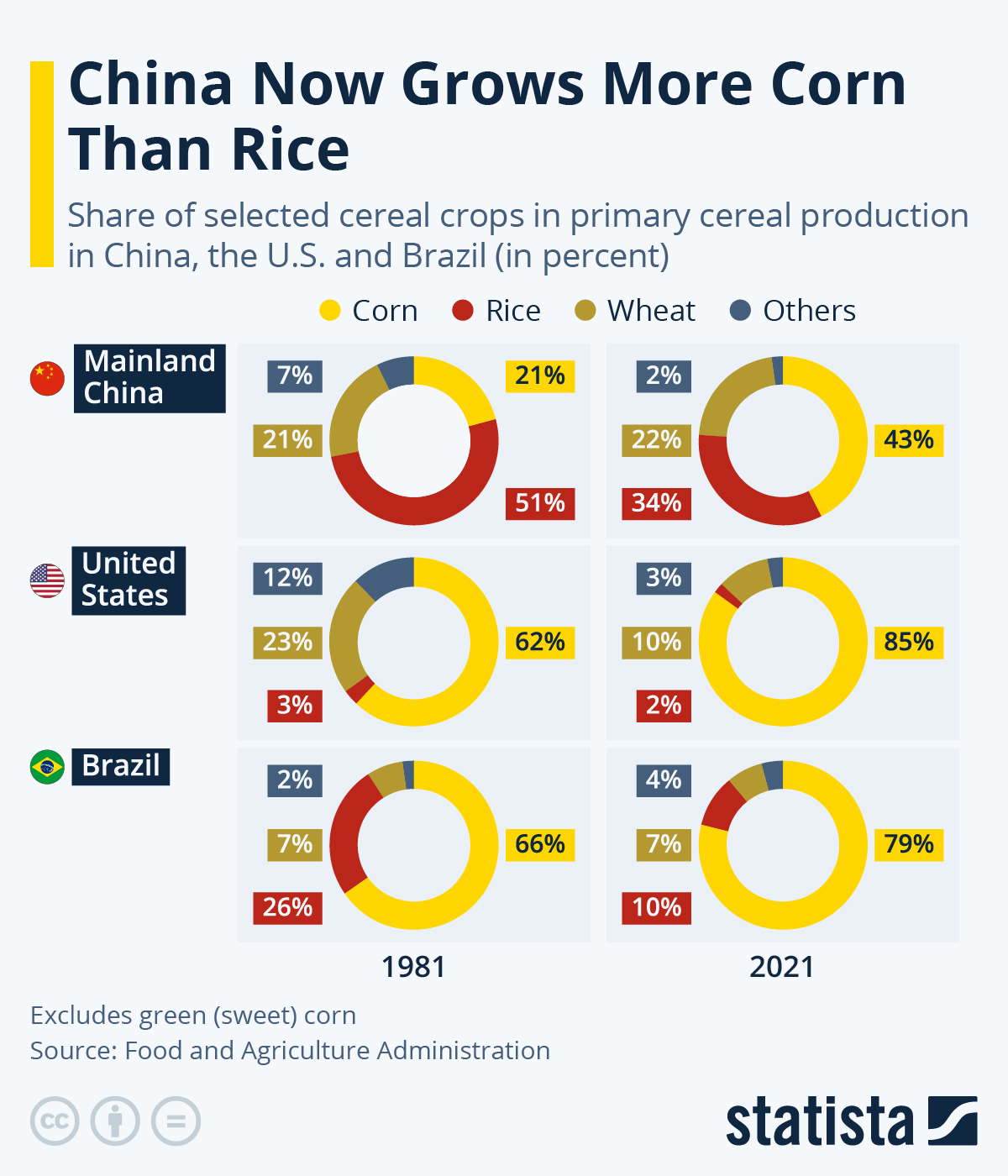 This doesn’t mean that Chinese people are necessarily eating a lot more corn but rather that their livestock is hungry for the grain as much as some of their vehicles and machines are to consume corn in the form of ethanol fuel.

Corn does make its way into Chinese processed foodstuffs in the form of high-fructose corn syrup and starch, however, according to an article by University of North Carolina professor Peter A. Coclanis in Aeon.

According to Coclanis, corn is among the most versatile grains in the world while being relatively easy to grow, supporting its success in China as the country’s ever-growing middle class is upping its meat consumption.

Additionally, China is importing at times huge quantities of corn from the United States – the world’s biggest producer – in order to supply its massive livestock industry.

In the U.S., corn is now making up 85 percent of primary cereal production, up from 62 percent in 1981. Another country with a prolific lifestock industry, Brazil, has seen an increase from 66 percent to 79 percent over the same time period.

2012 was the first year when China grew more corn that rice. In other Asian countries, rice still dominates cereal production. In 2021, it made up more than 90 percent of cereal crops in Bangladesh, Cambodia, Malaysia, South Korea, Sri Lanka and Vietnam and upwards of 85 percent in Japan, Myanmar and Thailand. India and Nepal grow a more diverse bunch of grains (also reflected in their cuisines), with rice only making up half of cereal crops and wheat another 20-30 percent.

In Asia as a whole, 48 percent of primary cereal production was made up of rice in 2021, down from 57 percent in 2018. Over the same time period, the prevalence of corn doubled from approximately 13 percent to around 26 percent.