China To Pelosi: You Will ‘Perish’ Over Taiwan

Authored by Gordon Chang via 19fortyfive.com,

“The position of the Chinese government and people on the Taiwan question is consistent, and resolutely safeguarding China’s national sovereignty and territorial integrity is the firm will of the more than 1.4 billion Chinese people,” Chinese ruler Xi Jinping told President Joe Biden during their phone call on July 28, according to the Chinese foreign ministry. “The public opinion cannot be defied. Those who play with fire will perish by it.” 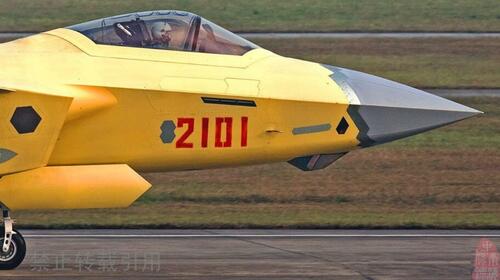 Xi’s dire-sounding warning, issued in connection with reports that House Speaker Nancy Pelosi plans to go to Taiwan, suggests either that Xi Jinping perceives Biden to be so weak that he can push him around or that China’s internal problems are so severe that the Communist Party must create an external crisis to distract the Chinese people. In the worst case, both are true.

For about a decade, Chinese leaders have believed the United States has been in terminal decline, and their regime will soon ascend to global dominance.

Biden, at least in their minds, has confirmed this view.

His calamitous withdrawal from Afghanistan and his failure to stop Russia’s invasion of Ukraine left Beijing thinking that it can now do what it wants to Taiwan.

At the same time, Xi’s threat could be the result of regime insecurity. He needs an external crisis so that the Chinese people won’t think too much about the internal ones. Inside China, coronavirus continues to infect the population, and Xi’s “dynamic zero-COVID” policy is causing widespread resentment as well as undermining the ailing economy.

China’s economy, despite the report of 0.4% year-to-year growth in the second quarter, is almost certainly contracting.

At the same time, the debt crisis, delayed for more than a decade, has been hitting the country. Evergrande Group and other large property developers are defaulting on bond and other obligations, apartment projects remain unfinished, buyers of flats are participating in a nationwide “mortgage boycott” by not paying banks, the boycott has spread to suppliers of the developers, and financial institutions across the country are tight on cash. There are bank runs, especially in Henan province, but banks in the financial capital of Shanghai are also in poor condition.

Because property sales have plunged—the sales of the top 100 developers fell 50.3% in the first half of this year—local governments, dependent on property revenue, cannot meet obligations.

A Chinese entrepreneur this month told me that local cadres are trying to extort tens of millions of dollars from his firm. The fiscal problems at lower levels mirror those at the central government. Xi, under the banner of his “Common Prosperity” program, has been extracting tens of billions of dollars from tech giants such as Tencent and Alibaba.

Xi is also leading a nationwide mobilization effort, something signaled by the amendment of China’s National Defense Law, effective the beginning of last year, to transfer power from civilian to military officials, specifically from the central government’s State Council to the Communist Party’s Central Military Commission. The State Council will no longer supervise the mobilization of the People’s Liberation Army, which reports to the Party.

Although the Party has always been in control, the amendment contemplates the mass mobilization of society for war. Owners of private businesses are now being told to manufacture what the Party dictates, a move seen as building up stockpiles for conflict.

Many American analysts say that Speaker Pelosi is provoking a crisis with her reported plans to visit self-governing and democratic Taiwan, which Beijing claims is sovereign Chinese territory. That view is incorrect.

Xi Jinping needs no “provocation” from the Speaker to lash out. Currently, Chinese forces, already below the Line of Actual Control in Ladakh, are preparing to take more Indian territory in the Himalayas. In June, Beijing renewed attempts to block resupply of a Philippine outpost at Second Thomas Shoal, in the South China Sea. In the East China Sea on July 29, four Chinese warships entered Japanese sovereign water around the disputed but Japanese-controlled Senkaku Islands.

Furthermore, as Chairman of the Joint Chiefs of Staff General Mark Milley pointed out while in Sydney, “Chinese military activity is noticeably and statistically more aggressive than in previous years.” On May 26, for instance, a high-performance Chinese fighter jet accelerated and flew close to an Australian Royal Air Force P-8 reconnaissance aircraft in international airspace in the South China Sea region and released chaff, which was ingested into one of the P-8’s two engines. The Chinese jet also fired flares. This is believed to be the first time any military has used chaff and flares in this manner.

The Chinese defense ministry on July 28, in connection with Pelosi’s reported trip to Taiwan, stated “action is the most powerful language.” Chinese journalist Hu Xijin, who is often used to signal regime positions, on July 29 detailed the circumstances in which China’s military is prepared to bring down the Speaker’s plane.

There are no longer any safe options.

The most dangerous, at least in the long run, is for Speaker Pelosi to back down. By backing down, she will legitimize the most belligerent elements in the Chinese capital by showing everyone else that threats work.

This is now more than just a test of will.