China suffered the second aviation accident in months on Thursday when a Tibet Airlines jet carrying 113 passengers plus nine crew aborted takeoff, then veered off the runway and burst into flames, according to Reuters.

There were no deaths, and all passengers and crew evacuated the plane as a fire erupted in the front of the aircraft. The airline said pilots observed an “abnormality” during takeoff and aborted.

According to Tibet Airlines’ official statement, the crew observed “abnormality” during take-off and aborted. The plane then veered off runway. 113 passengers & 9 crew member on board #TV9833. ALL evacuated. Some suffered minor injury. TV did not specify how many people injured. pic.twitter.com/bS4yaesTxD

Videos posted on Twitter show the front of the Airbus A319 plane engulfed in flames.

Tibet Airlines TV9833/A319/B-6425 from Chongqing to Nyingchi was on fire during take-off this morning, details still not known. CKG/ZUCK closed for now. pic.twitter.com/CPL47fmfVk

According to reports, at about 8:00 on May 12, a Tibet Airlines flight deviates from the runway and caught fire when it took off at Chongqing Jiangbei International Airport.#chongqing #airplane crash #fire pic.twitter.com/re3OeavOTA

Another clip from the Chongqing airport plane accident – Tibet Airlines.
Can’t begin to imagine how the 113 passengers plus 9 crew must feel to have escaped safely and averted disaster. (Pilot might not be feeling too good though). Boeing probably relieved it’s an Airbus A319 pic.twitter.com/selmGTWuRB

The incident occurred at Chongqing Airport, located in the south-western city of Chongqing to Nyingchi, Tibet. 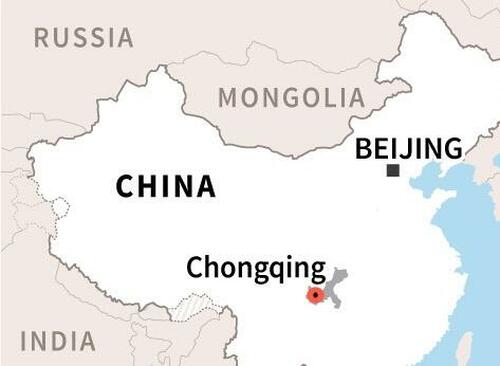 Reuters notes the Civil Aviation Administration of China (CAAC) said 36 people were taken to the hospital after suffering bruises and sprains.

The incident comes almost two months after the deadly March 21 crash of China Eastern Airlines’s Boeing 737-800 that suddenly nosedived and crashed into the ground, killing all 132 people on board.