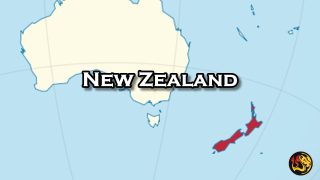 WELLINGTON (Worthy News) – Education Minister Chris Hipkins, 44, is due to become New Zealand’s next prime minister after he was the only candidate to enter the race Saturday to replace Jacinda Ardern.

Hipkins was still awaiting an endorsement Sunday from his Labour Party colleagues in Parliament, but that seemed a formality now.

Ardern shocked the nation of 5 million people Thursday when she announced her resignation following five-and-a-half years in the top role after becoming the world’s youngest female government leader.

She led New Zealand through the COVID-19 pandemic and massive disasters, including the terror attack on two mosques in Christchurch and the White Island volcanic eruption.

Ardern suggested burnout as the main reason for her resignation. But critics said she resigned before a possible embarrassing outcome of an investigation into her handling of the COVID-19 pandemic.

New Zealand’s geographic isolation and what her supporters called her “swift response” kept the country largely COVID-19-free until the end of 2021.

But anger over vaccine mandates for people working in sectors such as health and education and strict border closures prompted protests, with many New Zealanders unable to return home.

It’s now up to Hipkins, an experienced legislator, to restore voters’ trust in the Labour party-led government as it seeks another term without Ardern’s star power at the helm.

Ardern said she had no future plans other than to spend more time with her family.

She thanked her partner, Clarke Gayford, and daughter Neve, whom she gave birth to while holding office, as “the ones that have sacrificed the most out of all of us.”

“To Neve: Mum is looking forward to being there when you start school this year. And to Clarke – let’s finally get married.” There was no immediate known reply from him.