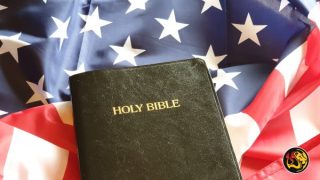 (Worthy News) – A new study by the Pew Research Center projects that professing Christians may lose their majority status in America by 2050 if the rate at which young adults are leaving the faith accelerates beyond its current fast pace, Christian Today (CT) reports.

The report concluded that if the current pace should speed up, less than 40% of Americans will identify as Christian by 2070.

According to the Pew report, if nothing should stop the current pace at which Americans under 30 are leaving the faith, Christians would find themselves in the minority among citizens who claim to have no religious affiliation, CT reports.

The study shows that older Americans are more likely to stick with their Christian affiliation, while young adults currently tend toward an unaffiliated identity, CT said.

If the trend of disaffiliation for the under 30 were to accelerate but then plateau, Christians would lose their majority status by 2050, when they would be 47% of the US population compared to 42% for the unaffiliated, the study shows. By 2070, 52% of Americans would be unaffiliated, and only 35% would identify as Christian, CT reports.

In a statement about the projections, Pew said: “Of course, it is possible that events outside the study’s model — such as war, economic depression, climate crisis, changing immigration patterns or religious innovations — could reverse current religious switching trends, leading to a revival of Christianity in the United States. But there are no current switching patterns in the US that can be factored into the mathematical models to project such a result.”

Fair Use Notice:This site contains copyrighted material the use of which has not always been specifically authorized by the copyright owner. We are making such material available in our efforts to advance understanding of environmental, political, human rights, economic, democracy, scientific, and social justice issues, etc. We believe this constitutes a ‘fair use’ of any such copyrighted material as provided for in section 107 of the US Copyright Law. In accordance with Title 17 U.S.C. Section 107, the material on this site is distributed without profit to those who have expressed a prior interest in receiving the included information for research and educational purposes. For more information go to: http://www.law.cornell.edu/uscode/17/107.shtml. If you wish to use copyrighted material from this site for purposes of your own that go beyond ‘fair use’, you must obtain permission from the copyright owner.